Trust in Murray to frank rank over closest pursuer 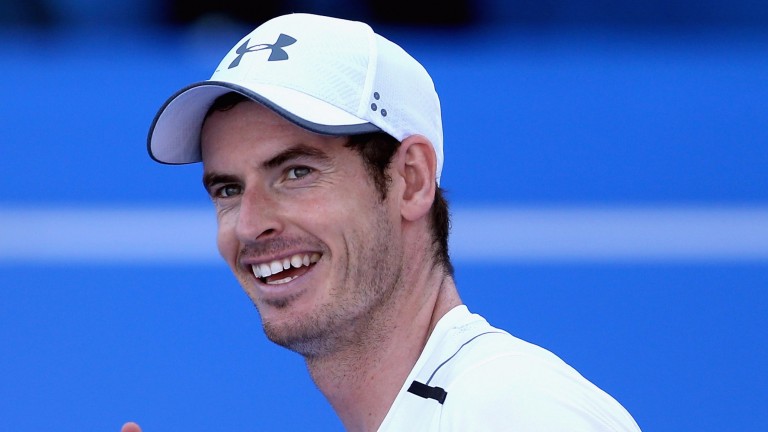 Andy Murray could be sharper for his ATP return this week
Francois Nel
1 of 1
By Adrian Humphries 8:01PM, JAN 1 2017

Andy Murray, who was knighted in the New Year’s honours list, came up short in his curtain-raiser for the season in Abu Dhabi on Friday, but it could now pay to have greater faith in the world number one.

With the Australian Open starting on Monday week, Murray will not want to hand the advantage back to world number two Novak Djokovic now the Scot is in the ascendancy properly for the first time in their rivalry.

Djokovic is the Qatar Open second seed and there’s every chance that the pair will meet in Saturday’s final. But Murray did a fine job of nullifying the Serb’s weapons in the ATP World Tour Finals climax in London in November and it will be disappointing if the status quo was to change again so soon after that command performance.

Tomas Berdych, David Goffin, who beat Murray in their Muba­dala World Championship semi-final on Friday, and Jo-Wilfried Tsonga are also in attendance in Doha.

But while a Murray v Djokovic final is the likeliest upshot, it’s possible that sixth seed Ivo Karlovic, who could meet Djokovic in the last four, may prove a spanner in the works and make the selection’s life easier in the final.

Karlovic beat Djokovic in three gruelling sets in Doha two years ago. It could again be close were the pair to clash, so outright punters are not put off having an each-way interest on the Croat, who turns 38 next month, although he may have to stop Goffin in the last eight.

Marin Cilic, Chennai Open champion in 2009 and 2010, bids to start his season on a positive note in India after the disappoint­ment of losing the Davis Cup final against Argentina in late November.

Cilic looks the likeliest winner but the admirable Bautista Agut, seeded second this year, cannot be ruled out. However, it could pay to take a chance on Cilic’s fellow Croat Borna Coric going well in Chennai for the second year running.

Coric, who found only Stan Wawrinka too good last year, went on to play a blinder when defeating Jack Sock in the deciding rubber of Croatia’s Davis Cup quarter-final clash against USA in Oregon in July.

After a run to the quarter-finals of the Cincinnati Masters in August things turned sour for Coric, who underwent knee surgery in November. But he’s worth chancing to return in style in Chennai, while local wildcard Ramkumar Ramanathan, who did not drop a set on the way to winning two Futures events in Qatar last month, is worth a three-figure each-way interest.