Trust in Jelle to stand firm in potential classic

Klaasen's class could tell against Chizzy 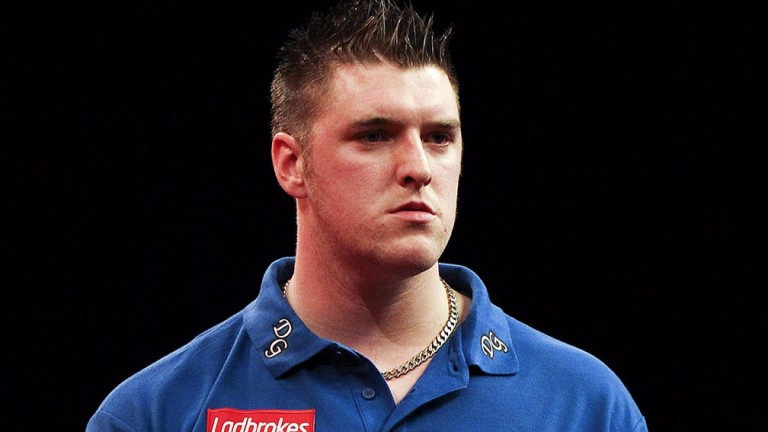 Daryl Gurney should breeze through his third-round match
Getty Images
1 of 1
By Adam Maidment 7:01PM, DEC 28 2016

M Webster v Gurney
Head-to-head: Webster leads 3-2
Daryl Gurney looked a world beater for the first two sets against Robert Thornton on Tuesday, before promptly going missing and only scraping through to set up this third-round tie against surprise package Mark Webster.

Webby has had well-documented problems with his throw, but the gritty Welshman punished Mensur Suljovic’s plethora of missed doubles to progress.

The former BDO champion and twice semi-finalist shouldn’t be underestimated, but he has averaged only 7.78 and 92.79 in his opening two games and Gurney should capitalise.

The much improved Northern Irishman has spoken of his relief at getting further than the second round in this competition for the first time in his career and, if he relaxes on stage, there is even the potential of a whitewash.

Chisnall v Klaasen
Klaasen leads 5-3
This is a potential classic in the offing with two heavy scorers going toe-to-toe.

Dave Chisnall has already come through two tough tests so far and seems to rise to the occasion in sets where he needs to find his best.

He does go on and off the boil, though, and the value could lie with Jelle Klaasen who wasn’t suited by the pace of the game against Brendan Dolan yesterday.

The Dutchman still showed glimpses of the form that got him to the semis last year – finishing to a high percentage and hitting back-to-back scores of 140-plus to pile on the pressure.

He is tempting at odds-against and expect the 180 count to go through the roof.

Wade v Smith
Wade leads 6-2
James Wade looked as clinical as ever in dismantling Steve Beaton yesterday and it’s hard to see him being troubled by an inconsistent Michael Smith.

Bully Boy has finally broken his curse of being unable to win on TV by taking out Ricky Evans and Mervyn King to get to this stage, but neither of those players provided the sort of test the Machine will pose.

Wright/J Lewis v White
Ian White awaits the winner of Peter Wright and Jamie Lewis. Snakebite Wright will be heavy favourite to progress through both games.

Taylor v Huybrechts
Taylor leads 10-1
Phil Taylor has yet to drop a set in progressing to this round, but will have more on his hands against the player he christened a “jack-in-the-box”, such were Kim Huybrechts’ on-stage antics when these two met two years ago.

There is no love lost between the pair and, although the Power has had the upper hand, the gap between the two is not as much as the head-to-head record suggests.

Kim has also not dropped a set in this year’s event and was never tested against Hopp yesterday, but you can be sure he will bring his A-game against Taylor. This one should go on for at least six sets – if not the distance.

Van Gerwen v D Webster
Head-to-head: Van Gerwen leads 10-1
Darren Webster, aka the Demolition Man, lived up to his nickname when producing an MVG-esque performance in annihilating Simon Whitlock in the second round.

The Norwich slinger was in confident mood postmatch, proclaiming himself to be the iceberg that could sink Michael van Gerwen. But there have to be huge doubts about that.

MVG smashed him up in this tournament last year and, more recently, when these two met in the Players Championship in November, Webster failed to hold on to a early 6-0 advantage, eventually succumbing 11-8.

Mighty Mike looked as good as ever when holding off Cristo Reyes in the second round and there are no chinks in the Dutchman’s armour. However, bookmakers have priced accordingly.