Troubled Webster set to be found out by longer format

Scoring a concern for former semi-finalist 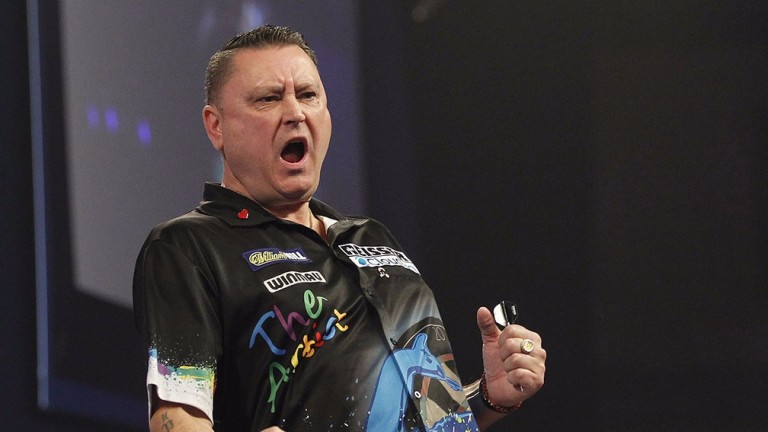 Suljovic v Webster
Head-to-head: Webster leads 6-2
Stylists may want to switch channels for an hour or so as Mensur Suljovic and Mark Webster kick off the post-Christmas darting fare with what could well turn into a dour, drawn-out affair.

The enigmatic, multi-paced Suljovic and Webster, who has been battling dartitis, are unlikely to lay on a classic – and it might not be pretty.

Suljovic is odds-on and the International Open champion certainly merits the price. Webby, fighting the demons of a jerky action, is likely to be found out the longer the format.

Don’t be deceived by Webster’s 3-0 win over Joe Murnan – it was a finishing masterclass (nine out of 11) yet he averaged just 87. The scoring isn’t there at the moment and the Austrian can land the 180s matchbet.

Thornton v Gurney
Thornton leads 3-0
Reputation dictates that Premier League star Robert Thornton is a shorter price than he really should be against in-form Daryl Gurney.

Everything points to a Gurney triumph and he’s definitely a bet at 8-13.

Thornton beat Zoran Lerchbacher 3-0 in his opener and was hardly troubled, but that performance was a rare highlight in a poor second half of the year.

Gurney is a massive improver, averaged almost 97 against Jermaine Wattimena and can win this.

Nine 180s and a 35 checkout percentage were the highlights though there was the usual flurry of errors from Chizzy, a player renowned for struggling to maintain sky-high levels.

Chris Dobey, another bright youngster, can at least emulate what Rodriguez did and keep Chisnall on stage for a while. And over the best-of-seven format, the St Helens’ slinger will do well to get near Paddy Power’s 99.5 average.

Alan Norris almost made a pig’s ear of beating John Michael in round one but showed real courage to come from behind.

A quarter-finalist last year, Norris has to be better against Raymond van Barneveld or faces being blown away.

Van Barneveld tends to perform worse over the longer format because of various ailments, and Norris can run the Dutchman close.

Taylor v Painter
Taylor leads 31-1
The stat for today: Phil Taylor has beaten Kevin Painter 30 times in a row, a sequence that dates back to the 2001 Grand Prix.

Granted, there have been some near-misses in that time – a final at the Circus Tavern in 2004 springs to mind.

KP, who was handed a late permit into the competition courtesy of Kyle Anderson’s no-show, ground Jamie Caven down in his opener but will be fortunate to get any change out of The Power.

There aren’t too many bets jumping off the page except perhaps over 10.5 maximums. They combined for nine in round one and the format, of course, is now longer.