Scotland and France could put on a show though 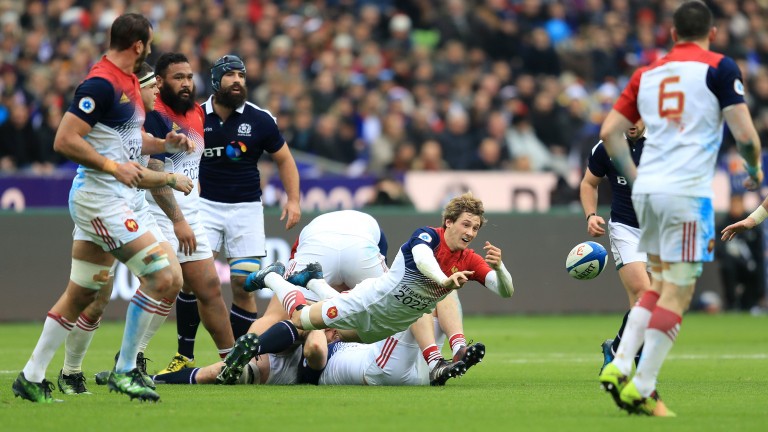 France v Scotland could be a game to savour in the Six Nations
Richard Heathcote/Getty Images
1 of 1
By Graham Woods 8:50PM, FEB 1 2018

Bonus points were introduced to the Six Nations for the first time last year with the aim of promoting more attacking rugby and as a result more tries.

The outcome was that five fewer tries were scored than the previous year and while that shouldn't be taken as a sign that they won't have any effect in future, it does indicate that there are different forces at work in the Six Nations.

While bonus points can have a big impact on the way teams approach matches over a long league campaign or in tournaments where a higher finish can improve seedings, the Six Nations is about winning and nothing else. It's an unforgiving format with just five matches and margins have traditionally been tight.

It's said that grinding out low-scoring wins can win you the Six Nations but won't win the World Cup, and the southern hemisphere sides gave the European teams a stark lesson in 2015 as New Zealand lifted the trophy again thanks to their slick attacking brand of rugby.

It's World Cup year again in 2019 and all the Six Nations teams must be thinking of how they can tailor their game to meet that challenge.

Scotland have grasped the nettle, Wales talked last year about a change in style - but may have to put that on hold given their crippling injury list - while England's Eddie Jones has said he is quite happy to leave it until next summer to finalise his attack.

Try totals have been markedly higher in the last four years - above 60 in all four years after a low of 37 in 2013 - and it's no coincidence that points difference has been needed to determine the winner in two of those years.

What that has meant in effect is who can score the most tries against Italy, and the Azzurri shipped a woeful 26. Of the 201 points they leaked, 134 were conceded in the second half of matches and that had to be down to a lack of fitness.

That is something coach Conor O'Shea will have prioritised, and the performances of Italian sides Benetton and Zebre have been markedly stronger this season. O'Shea has also drafted in some younger players and they should battle longer and harder than in past campaigns.

Another function of the close-fought nature of the Six Nations is that sin-binnings have become relatively rare.

There were eight yellow cards shown last year in matches, meaning that no card was brandished in nine of the 15 fixtures.

The average points cost to each team of being a man down for ten minutes turned out to be no more than three, but it's still undeniable that coaches and players now set great store in keeping discipline on the pitch and appear to be more cautious in this tournament than in any other.

Every year increased use of television match officials and constant tweaks to the lawbook fuel fears that there is suddenly going to be a rash of cards and it rarely happens.

In 2017 Scotland and Ireland were shown two cards apiece and the other four nations only one.

The top four matches in the betting for highest-scoring match all involve Italy but they haven't always been involved and at a big price it might be worth chancing that the Paris dust-up between France and Scotland produces the biggest rollercoaster ride.

Scotland want to play with width and pace, they have proven tryscorers in their ranks, and France are just the kind of team to let them do just that.

It's hard to know just what we are going to see from France this year but we know they have pace and flair running through the team and Scotland can be leaky at the back.