Travelers Championship match betting preview, tips and when to watch

Paul Casey should enjoy another strong performance at River Highlands 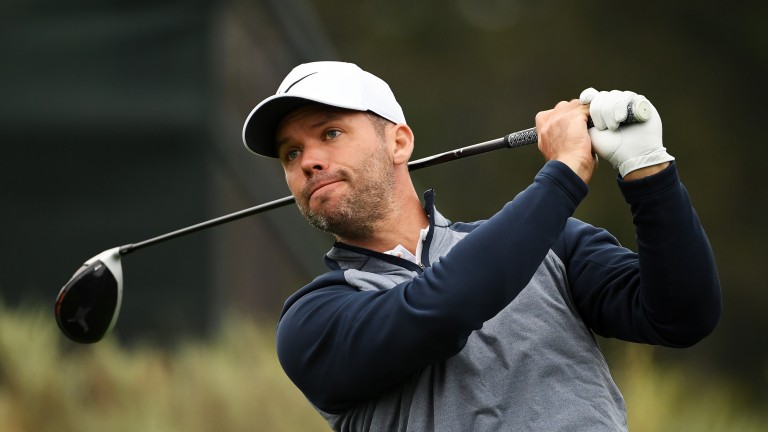 Paul Casey has found only Bubba Watson better than him on two of his visits to the Travelers Championship at River Highlands and there looks a decent chance that the Englishman can enjoy another excellent week in Connecticut.

There is plenty of unfinished business at the venue for Casey, whose course form figures are 2-5-17-2.

He lost in a playoff in 2015 and he allowed victory to get away from him last year when he closed with a two-over-par 72 having carded a 62 on the Saturday. Watson hit a Sunday 63 to win by three.

That was one of only two rounds at the New England course when Casey has failed to break 70.

He successfully defended his Valspar Championship in March and was fourth in the Wells Fargo last month, so his recent form is not too shabby either, and he closed with a 67 at the US Open on Sunday on a Pebble Beach course where he finished second in the regulation Tour event in February.

Casey can outscore Justin Thomas, who was third in the tournament in 2016 but has never bettered 30th in his other five efforts.

The former US PGA champion missed the cut at Pebble beach by two shots and his 12th at The Masters - five shots behind Tiger Woods - has been his best performance in his last seven tournaments.

Thomas can always be considered a danger in a regulation field, but Casey's superior course form tips the balance in his favour this week.

Phi Mickelson claimed this title in 2001 and 2002, but he was 58th when making his second defence and he is readily swerved this week.

Lefty's form has been dismal since he held Casey off to win the Pebble Beach Pro-Am - his 18th at Augusta has been his best finish since and he has not looked like challenging in any of his last ten tournaments.

The rough at River Highlands could cause him problems and Patrick Reed is preferred in a match bet.

The 2018 Masters champion was a social-media star on Saturday when he snapped his wedge over his knee after a duffed chip, but he got his act together at Pebble Beach and his closing 68 should have given him a boost.

His form at this week's venue is up and down, but while he has missed the cut in three of his six efforts, his fifth in 2017 and 11th in 2016 are encouraging.

Reed has not claimed a top-ten finish this year but he could still get the better of the out-of-sorts Mickelson.