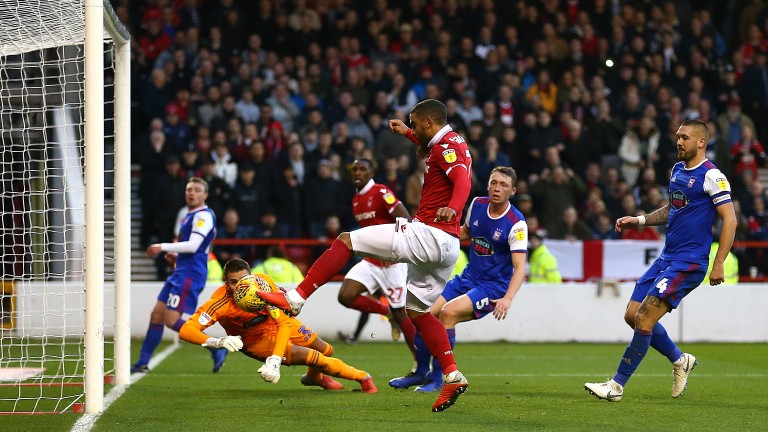 Neither of these sides have had a great few weeks, although Rovers remain the more progressive and can illustrate why they are 12 points superior to their managerless guests.

Cambridge head for the Wirral having suffered a four-match winless run. Indeed, they’ve won only five times all season, three of which were against teams in the bottom seven.

Mark Bonner was put in temporary charge for Tuesday night’s EFL Trophy loss on penalties against Northampton. Tranmere were putting their feet up recovering from Saturday’s disappointing 1-1 draw with Southport in the FA Cup.

Micky Mellon’s men are unbeaten in their last five league home games, a sequence which includes wins over Lincoln and Exeter.

Nottingham Forest are 12 points better off than Preston and that gulf should be reflected in a home win at the City Ground.

Forest have lost the fewest matches in the Sky Bet Championship this season, just two, and the only one in the last three months was against leaders Norwich.

They draw too many – ten so far – but with nine goals scored in the last three games they evidently have the firepower to start turning stalemates into wins.

North End have recovered from a tricky start though weren’t good going down 3-0 at Birmingham last weekend when they picked up yet another injury, this time to young left-back Josh Earl. Top scorer Callum Robinson is the headline casualty in a lengthening roll call of absentees.

Accrington’s first season in Sky Bet League One couldn’t have got off to a finer start but the rigours of the section are starting to take their toll.

It’s three defeats in a row for John Coleman’s men in league action, two of those at home.

They’ll revel in their role of underdogs against Sunderland, just as they did earlier in the campaign when taking points off other fallen giants Charlton, Blackpool, Portsmouth and Coventry.

But now they need to stop the Wearside juggernaut and the visitors are in great form.

Jack Ross’s men are unbeaten in 16 games in all competitions and they haven’t tasted defeat for almost three months.

Struggling Oxford have won five matches in Sky Bet League One this season, all against teams in the bottom ten.

They look like they have found some form in recent weeks with just one defeat since the middle of October, and that was an absolute sickener at Bradford.

But they have failed to win any of their eight matches against top-half sides with a record of just three points out of a possible 24. And Peterborough, unbeaten in seven games in all competitions, are very clearly a top-half side.