FA Cup shock may be beyond Lincoln 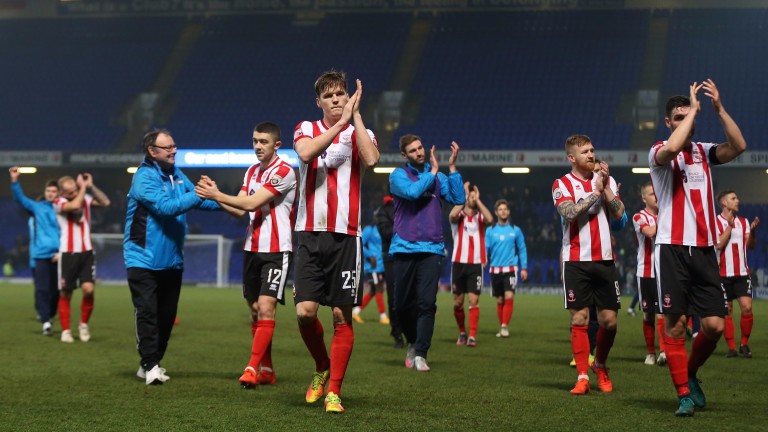 Ipswich needed an 86th-minute Tom Lawrence goal to scrape a 2-2 draw at home to National League Lincoln in the FA Cup third round but the Sky Bet Championship side can learn from their mistakes and make their extra quality count in tonight’s replay at Sincil Bank.

The first match was an even contest played in a strange atmosphere with the Imps raising their game on front of 4,838 away supporters and Ipswich struggling to cope with the jeers of the home fans until Leicester loanee Lawrence, by far their best player in recent weeks, got them out of trouble.

Portman Road has been an unhappy place on many occasions this season with fans getting fed up with inconsistent results and a perceived lack of entertainment.

Manager Mick McCarthy has been working within a tight budget for a number of years and has done well to secure sixth and seventh-place finishes in the last two seasons.

However, there has been no sign of a playoff push this season and Ipswich have become entrenched in lower mid-table since the end of October – no higher than 14th and no lower than 17th.

An FA Cup run would be a handy way of lifting the supporters but Ipswich were well below par in the first match against Lincoln and might have underestimated the standard of their opponents.

Lincoln have left several seasons of mediocrity behind them by storming to the top of the National League and hold a two-point lead over second-placed Forest Green, who have played two games more.

Their rise has been orchestrated by highly-rated manager Danny Cowley, the man responsible for leading part-timers Braintree to third in the fifth tier last season.

Cowley revamped the Imps squad last summer by making nine permanent signings and many of the new recruits have excelled.

Lincoln are averaging 2.12 goals per game in the league and their positive approach took Ipswich by surprise ten days ago.

Cowley’s boys earned the respect of the Ipswich crowd – who applauded them off the pitch – and McCarthy, but the Imps may have missed their best chance of winning the tie.

Ipswich are likely to be much more focused and if they match Lincoln’s enthusiasm, the three-division gap in class is likely to show.

McCarthy’s men were undoubtedly poor-value 2-5 favourites before the first match but they are odds-against to win the replay without the need for extra-time and that looks too big.

Team news
Lincoln
A much-changed Lincoln side won 3-1 at Gateshead in the FA Trophy on Saturday but manager Danny Cowley is set to revert to his first-choice 11. Luke Waterfall, Theo Robinson and Nathan Arnold were rested but should return to the starting line-up.