Tractor Boys are bad news on the road to nowhere 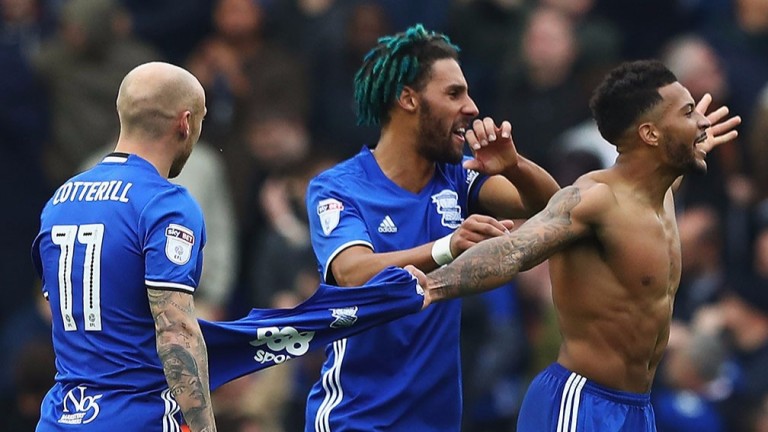 Sky Bet Championship
Birmingham v Ipswich
Birmingham got taught a lesson at Newcastle on Sunday but can prove they learned from that 4-0 drubbing by getting back to winning ways against Ipswich.

Other than Rotherham, Gary Rowett’s Blues couldn’t have picked more amenable guests than the Tractor Boys.

Mick McCarthy’s men failed to beat ten-man Cardiff at the weekend and have managed to find the net just four times in nine road trips this season. Indeed, they’ve recorded just four away wins in the whole of 2016.

Birmingham will have David Davis and Jonathan Spector back from bans and boast a pretty solid home record.

The first clash between the two at the Valley ended 0-0.

Since then, Robinson has been bedding in nicely at Charlton, who have suffered just one 90-minute defeat in their last 12 matches.

The Dons, meanwhile, are in new hands with Robbie Neilson having moved in. Results have been mixed for the ex-Hearts chief – a 4-1 drubbing at Yeovil followed by a 1-0 triumph against AFC Wimbledon – and their home form is still a problem.

That triumph over Wimbledon was just their second home win in 90 minutes since March. That’s something Charlton can exploit, if not inside 90 minutes then eventually, despite Robinson admitting that he will make a raft of changes to his side.

Martin Allen’s baptism at Eastleigh has been nothing short of chaotic and his side look vulnerable at Halifax in their FA Cup second-round replay.

As soon as Mad Dog bowled up at the Silverlake at the start of this month midfielder Andy Drury jumped ship for Ebbsfleet, fellow midfielder Jason Taylor picked up a serious hip injury and on-loan keeper Scott Brown was declared ineligible for FA Cup duty.

With other injuries and unavailability, it is little wonder a youthful Eastleigh outfit bombed at lowly Harlow in the Trophy at the weekend and Allen reckons he’s got no more than 14 senior players available for the trip to the Shay.

The Fax, who looked good in their 3-3 draw in Hampshire, are a strong unit on home soil and they should be able to make light of the one-division gulf.