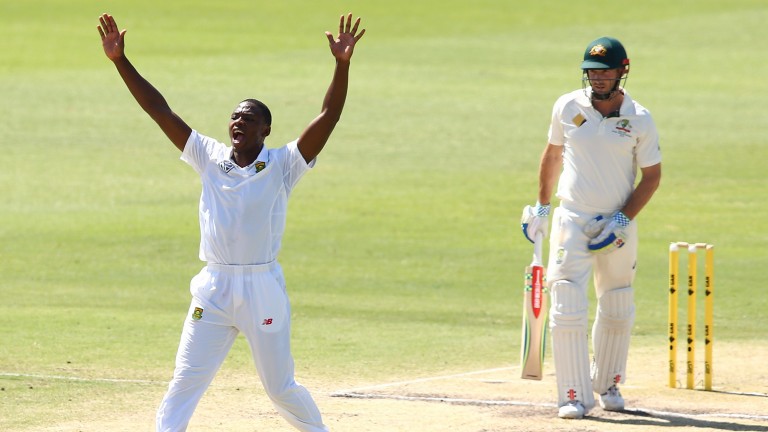 Winning Test matches on foreign soil is becoming an ever rarer occurrence, as a youthful Sri Lankan side have found out the hard way on their tour of South Africa.

The Lankans head to Johannesburg on Thursday hoping to avoid a 3-0 series whitewash after two comfortable defeats so far.

Sri Lanka's batsmen have struggled to cope with the pace of the green pitches which have also negated the threat of the tourists' ace spinner Rangana Herath.

Another spicy deck looks assured at the Wanderers and on his home ground, South Africa's rising star of their quick-bowling ranks, Kagiso Rabada, may be Sri Lanka's tormentor-in-chief again.

Rabada claimed match figures of 10-92 in the second Test at Newlands to go with four in Port Elizabeth and at present, appears to have the measure of the tourists' batting line-up.

New Zealand begin their two Test series with Bangladesh in Wellington on Wednesday evening. The Black Caps are 1-4 to win the first Test and 1-8 for the series.

The race for the playoffs is hotting up in the Big Bash League and bookmakers believe Melbourne Renegades can boost their chances of finishing in the top four against Hobart at the Etihad Stadium.

Aaron Finch's side were narrowly defeated by the Sydney Sixers on Monday but look to have a great chance of making amends against a Hurricanes outfit who have lost four of their last five outings.