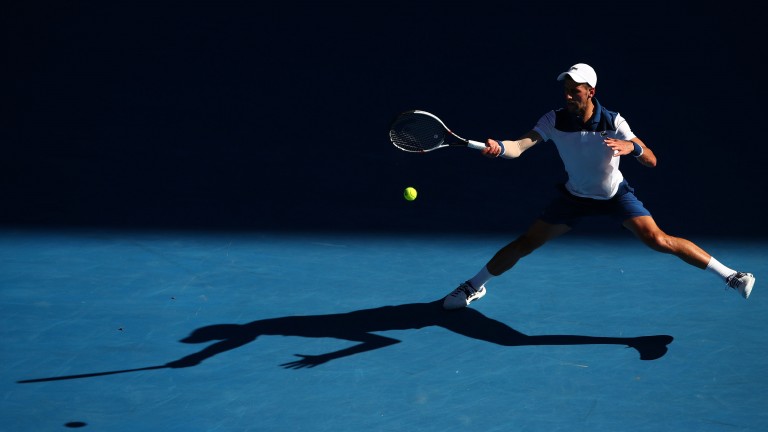 Novak Djokovic of Serbia plays a forehand in his second-round match against Gael Monfils
Clive Brunskill/Getty
1 of 1
By Aaron Ashley UPDATED 11:30AM, JAN 19 2018

The Serb, who is as short as 1-10 to oblige, has won all four of their meetings without dropping a set and is likely to book his place in round four.

Roger Federer's title defence gathered pace with a smooth success over German Jan-Lennard Struff and the Swiss legend is 8-13 to record a third straight-sets victory over Richard Gasquet.

The game of the day sees Juan Martin del Potro tackle giant Czech Tomas Berdych and bookmakers are finding it difficult to split the pair.

Del Potro is rated slight favourite at 4-6 but the Argentinian needed four sets to see off Karen Khachanov in the last round while battling an apparent injury and punters should tread carefully.

Kerber, the 2016 champion, is slightly preferred at 8-11 but there's little to split them if they are both at their best. The last three meetings have gone to a deciding set and bet365 go 5-4 about the match going the distance.