London rivals meet at Wembley in a crunch showdown 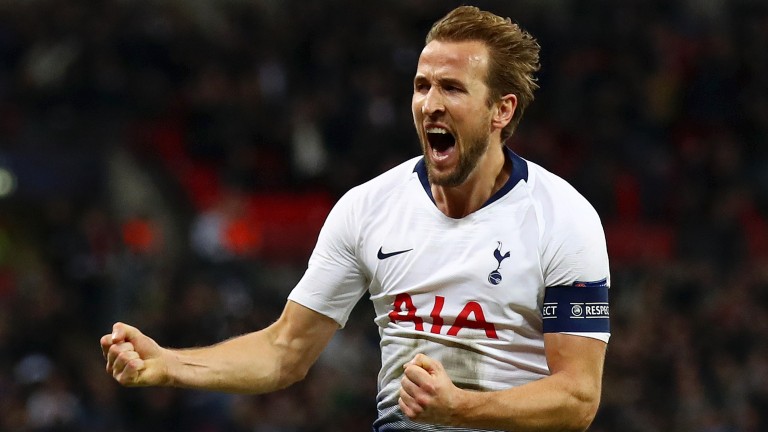 Form
Chelsea are unbeaten in all 18 competitive matches under Maurizio Sarri and are the only side in Europe's elite leagues not to have suffered a defeat in any competition this season.

However, a run of four draws in the last seven in the Premier League has seen Chelsea slip four points behind relentless leaders Manchester City and they are only one point superior to fourth-placed Spurs.

It's also worth noting this will be Chelsea's first away match to a team currently above 13th in the Premier League table - their road victories have come at Newcastle (14th), Burnley (15th), Southampton (17th) and Huddersfield (19th).

Tottenham, who have lost at home to Liverpool and City this season, have still won six of their last seven league matches.

Tactical battle
Even though Sarri arrived only in the summer, Chelsea's style is defined in the 4-3-3 template perfected during his time in Serie A which sees all midfield play go through his former Napoli kingpin Jorginho.

The Brazilian-born Italian was almost man-marked by Juan Mata in the recent 2-2 draw with Manchester United and Everton used a 4-4-2 formation with the strikers Gylfi Sigurdsson and Richarlison defending in a low, narrow block to stop balls into Jorginho.

If Spurs can nullify Jorginho, who is famed for being able to pass through the opposition press, that in turn stops Chelsea getting quick possession to Eden Hazard.

The hosts, meanwhile, have suffered from injuries this season but could finally field Dele Alli and Christian Eriksen in the same team for the first time in the Premier League since September 2, which would seriously boost the supply line up to Harry Kane.

Team news
Mousa Dembele, Danny Rose and Davinson Sanchez are out for Spurs but Jan Vertonghen has made a surprise return to training. Chelsea's only doubtful first-team regular is Mateo Kovacic.

Verdict
This London derby could be as tight as the betting suggests. Spurs lack the defensive discipline to keep Hazard quiet for 90 minutes but in England hero Kane they possess a striker with five goals in his last six matches for club and country. Draw 1-1.

Key stats
Chelsea have conceded once in their five Premier League away matches this season.

The Blues have kept first-half clean sheets in 15 of their 18 games under Sarri.

Five of Tottenham's last six Premier League wins have all been by one goal.

Alli has scored five times in his last four matches against Chelsea.