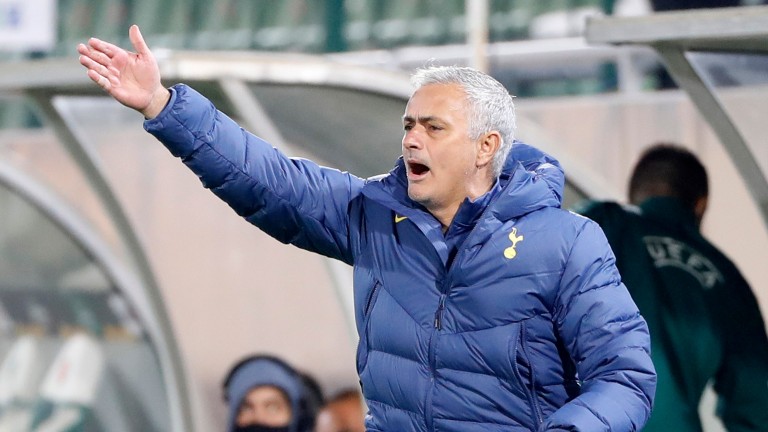 Tottenham to win & both teams to score
1pt 2-1 general

Brentford
Shandon Baptiste remains out with a knee problem, but the Bees have no fresh injury concerns.

Tottenham can move closer to winning their first trophy since 2008 by reaching the EFL Cup final but Jose Mourinho's men must be wary of a dangerous Brentford side.

Spurs must get past the Championship highflyers to make it back to the familiar surroundings of Wembley but the Bees should make them work hard for a place in the final.

Brentford have already claimed four Premier League scalps on their way to their first major cup semi-final and they can put up a good fight, even if it's likely to end in defeat.

The EFL Cup semis are one-off affairs this year and Spurs were handed home advantage after getting past Stoke 3-1 in the quarter-finals, while the Bees deservedly beat Newcastle 1-0.

Mourinho has been criticised as his side's perceived negative approach has seemed to cost them vital Premier League points since they were in top spot in mid-December.

However, despite his detractors, the Portuguese usually delivers trophies. Even during his much-derided spell in charge of Manchester United, Mourinho won the League Cup and Europa League, and he now has a great chance to end Tottenham's long wait for silverware.

Saturday's 3-0 Premier League win over Leeds was the perfect preparation for this match. Star duo Harry Kane and Heung-Min Son worked brilliantly in tandem again and even though Mourinho may opt to shuffle his pack, this is arguably a bigger game so the lethsl pair should be let loose once again to attack Brentford.

As well as Newcastle, Thomas Frank's side have knocked out Southampton, West Brom and Fulham on their way to the last four but they will need a huge performance to get the better of Spurs in this high-profile clash.

The best bet could be to back the home side to prevail in a tie where both teams score.

Brentford's league game against Bristol City was called off on Saturday so they have had extra time to prepare and top-scorer Ivan Toney, Josh Dasilva and Sergi Canos could cause problems for Spurs.

The Bees have failed to score in only four of their 27 games this term and they are the third-highest scorers in the Championship with 36 goals. They can at least make an impact by getting on the scoresheet.

However, Spurs demonstrated their ruthless quality against Leeds and even though a talented Bees outfit can ask them questions, Mourinho's men can find the answers and flex their muscles again.

Brentford have scored in 23 of their 27 games in all competitions this season.