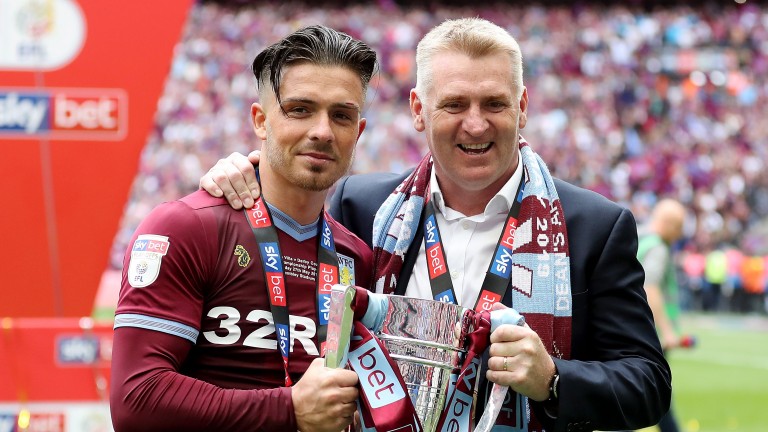 Tottenham are breaking with opening-weekend custom by playing at home but they may not shake the habit of making hard work of claiming maximum points when Aston Villa visit.

This will be the first time since the 2010-11 campaign that Spurs played a home match as their opener and they tend to struggle, with just one success by more than a solitary goal in the past 13 years.

Playing so many away matches (11 of those 13) will explain Spurs and their sloppy starts to a point, but it has also been because they tend to enter the transfer market late in the hope of driving down prices.

It may make Spurs slightly more vulnerable than usual for a home game against newly-promoted opponents and Villa are capable of keeping the score respectable on their Premier League return.

Mauricio Pochettino was given two of his main targets, Giovani Lo Celso and Ryan Sessegnon, on Thursday which was not ideal from a team planning point of view and it's the same story every year. Except last season, when they didn't sign anyone at all.

Tanguy Ndombele, the club record signing, was at least bagged early and can expect to start, but the future of Christian Eriksen and Toby Alderweireld remains uncertain.

Heung-Min Son is suspended and Dele Alli injured, placing more emphasis than ever on Harry Kane, who is still searching for his first goal at the new Tottenham Hotspur Stadium.

Pochettino reckons a deflected Kane free kick against Villa in November 2014 kept him in the job as manager when he initially struggled at Spurs. The then raw youngster has since picking up two Premier League Golden Boots and one in the World Cup.

Kane is capable of dishing out more pain to Villa and Lucas Moura has been lively in pre-season, but a wide-margin victory will be hard to achieve. Tottenham have triumphed by more than one goal only three times in their last 18 competitive matches.

Judging where new-look Villa sit in the Premier League pecking order isn't easy, although after serious investment they will expect to be above the normal standard of Sky Bet Championship playoff winners.

Midfield pair John McGinn and one-time Tottenham target Jack Grealish are capable of holding their own and it will then be a case of finding out whether Villa are good enough in both boxes.

If Wesley has a bit to prove in attack the same cannot be said for goalkeeper Tom Heaton and the former Burnley stopper can make sure Dean Smith's side are not blown away.

Tottenham
Heung-Min Son and Juan Foyth are suspended, while Dele Alli, Ben Davies and Ryan Sessegnon are injured. Eric Dier, Serge Aurier and Victor Wanyama are back in training. Mauricio Pochettino must decide whether to select contract rebels Toby Alderweireld and Christian Eriksen after neither started the last friendly.

Aston Villa
Douglas Luiz is available despite arriving in England this week. Jed Steer, Anwar El Ghazi and Ezri Konsa have recovered from injury to give Dean Smith's squad a clean bill of health.

Tottenham have won nine of their last ten matches against Aston Villa.