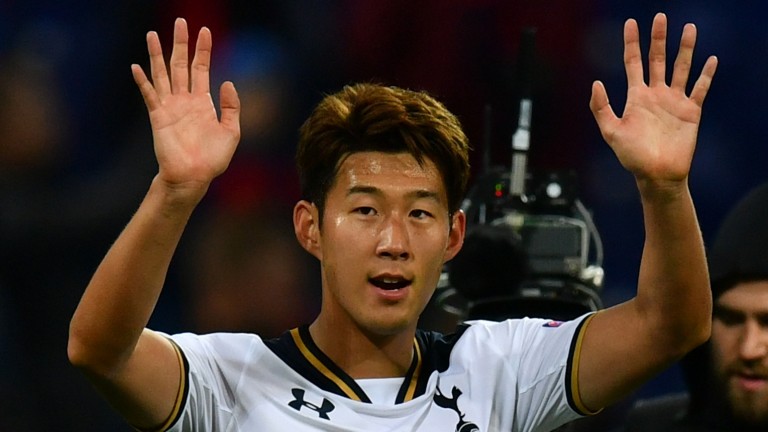 Aston Villa's reputation as one of the biggest clubs in English football is the reason they have been chosen for live FA Cup coverage but the one-time European champions could show the large TV audience exactly how far the mighty have fallen at White Hart Lane.

Tottenham did the double over Villa last term as the visitors' shambolic season ended in hapless relegation and this campaign has not gone to plan either as Steve Bruce's side lie 12th in the Sky Bet Championship.

Forget the famous name; Villa are currently a fairly average second-tier team and they will need to produce their best performance of the season just to stay competitive against such strong opponents.

Bruce admitted as much in his pre-match press conference, telling Villa's official website: "We could not have asked for anything more difficult. They are one of the best teams in the country and probably in Europe."

The potential margin of victory will depend on the number of players home boss Mauricio Pochettino rests after Wednesday's fine 2-0 triumph over Chelsea - he said there will be changes but not 11 - although a comfortable Spurs success looks likely whoever starts.

Given Tottenham are beginning to find their attacking prowess with five straight wins and 15 goals scored it could pay to back Pochettino's team to score in both halves.

If big guns such as Christian Eriksen, Dele Alli and Harry Kane get the nod it will be a long afternoon for Villa, while if they are kept in reserve the likes of Heung-Min Son and Vincent Janssen should appreciate this drop down in class.

Janssen has notched only once in the Premier League but bagged in both EFL Cup ties and even the much-criticised Moussa Sissoko has put in a number of strong performances either side of Christmas.

Spurs have scored in both halves in six of their seven matches since the start of December (the exception was at Old Trafford) and each of their last five home games, including the Champions League clash with CSKA Moscow at Wembley.

Tottenham's Champions League exit was a blow but it means they can put more effort into the FA Cup which can only be bad news for a Villa side who were awful in a 1-0 loss at Cardiff last time out.

Bruce also has many problems in the attacking department with top goalscorer Jonathan Kodjia and Jordan Ayew at the Africa Cup of Nations and Rudy Gestede sold to Middlesbrough.

The signs are that Gabby Agbonlahor could be asked to plough a lone furrow but he has scored in three matches since the start of 2015.

And if Villa arrive in north London without much in the way of a counter-punch they could be in for a brutal knockout.

Recommendation
Tottenham to score in both halves
2pts 20-21 BoyleSports

Aston Villa
New loan signing, goalkeeper Sam Johnstone, could make his debut. Jonathan Kodjia and Jordan Ayew are at the Africa Cup of Nations and Rushian Hepburn-Murphy won't be considered after refusing to sign a new contract. Mile Jedinak has recovered from illness.

Key stat
Aston Villa have won two of their last 34 away matches, losing 23 of those road trips

Listen to our football postcast here