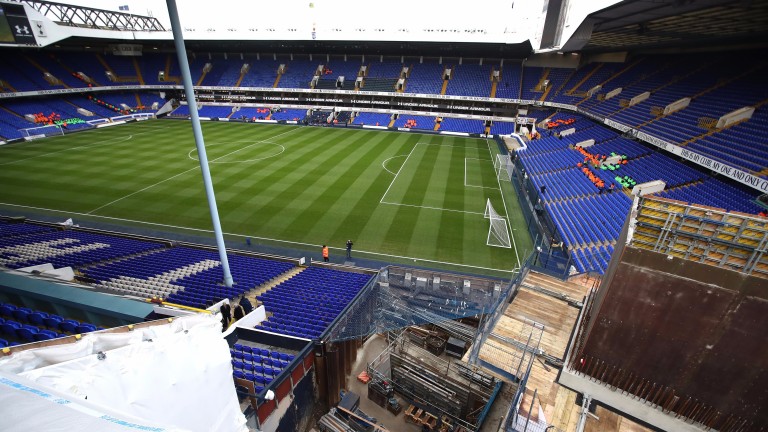 A horse named after a popular Tottenham chant is faring well in Australia
Julian Finney
1 of 1
By Mark Langdon 8:36PM, MAY 12 2017

1 Farewell to White Hart Lane
Tottenham moved to White Hart Lane in 1899 but they will be off to Wembley for a year after their clash with Manchester United before returning to a brand new stadium in time for the 2018-19 season.

A big party is planned after the United clash and Spurs hotshot Harry Kane is 7-2 favourite to score the last goal in the United contest as Tottenham look to seal second spot in the Premier League. They have not finished that high since 1963.

Tranmere are 8-11 to return to the big time at the first attempt, while Forest Green can be backed at 11-10 for a first promotion to the elite 92 of English football.

3 Dutch title up for grabs
Titles could be decided in France and Italy this weekend but a lot of traditional football fans will be looking at the Eredivisie as Feyenoord aim to win their first championship since 1999.

The Rotterdam giants, to use a Rachel Riley phrase, bottled it at Excelsior last time out with a 3-0 defeat. They get another chance at home to Heracles on the final day and must match Ajax's result at Willem II to guarantee the title. Feyenoord are 1-5 with Ajax 15-4.