Tottenham big favourites to knock out Juventus at Wembley 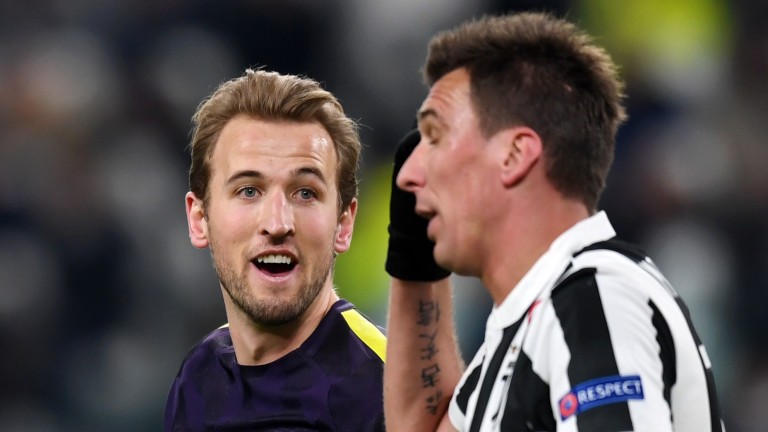 Tottenham have been cut to 14-1 from 25-1 to win the Champions League after an action-packed 2-2 draw in their last-16 first leg against Juventus.

Gonzalo Higuain scored twice in the first ten minutes for Juve and missed a penalty that would have given him a hat-trick, but Spurs produced a superb comeback to level things up heading to Wembley, with Harry Kane and Christian Eriksen bagging two valuable away goals.

It was Kane's seventh goal in the Champions League this season, and he is 6-1 second favourite in the top-scorer race before Wednesday's games. Real Madrid's Cristiano Ronaldo, a 6-5 shot, is two goals ahead.

Spurs are odds-on at 1-3 to advance to the quarter-finals, and are 23-20 to win the game at Wembley.

With a round-of-16 victory already looking assured City can look forward to the quarter-finals, and they are 10-3 favourites for the trophy.