Advantage with Mauricio Pochettino's men after first leg at Wembley 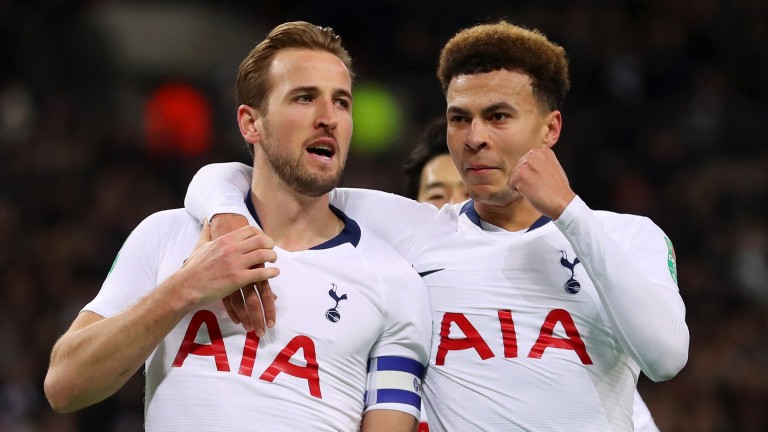 Tottenham are 4-9 with bet365 to advance to the League Cup final after beating Chelsea 1-0 at Wembley in Tuesday's first leg of their semi-final tie.

Mauricio Pochettino's men went ahead in the 27th minute of a lively encounter when Harry Kane converted a penalty that referee Michael Oliver had awarded after VAR overturned an offside call on Kane. Kane had been fouled by Blues keeper Kepa on making his way into the box.

Chelsea are 13-8 to overturn Spurs' slender advantage in the second leg at Stamford Bridge on Thursday January 24 and return to Wembley a month later on February 24.

Tottenham will be eyeing a first major trophy since their 2008 success in the same competition and they are quoted at 9-2 with Betway to secure the silverware.

Pochettino and Blues boss Maurizio Sarri are both yet to win trophies in their managerial careers and the defeat has seen Chelsea's outright price drift to as big as 11-2.

Manchester City and Burton lock horns in the other semi-final on Wednesday, with Pep Guardiola's side as short as 8-13 to win the competition.

The League One outfit, meanwhile, are 66-1 with Betfair to inflict a shock defeat on the Citizens in the first leg at the Etihad and 150-1 to lift the cup.