Tottenham 15-8 to finish best of the rest 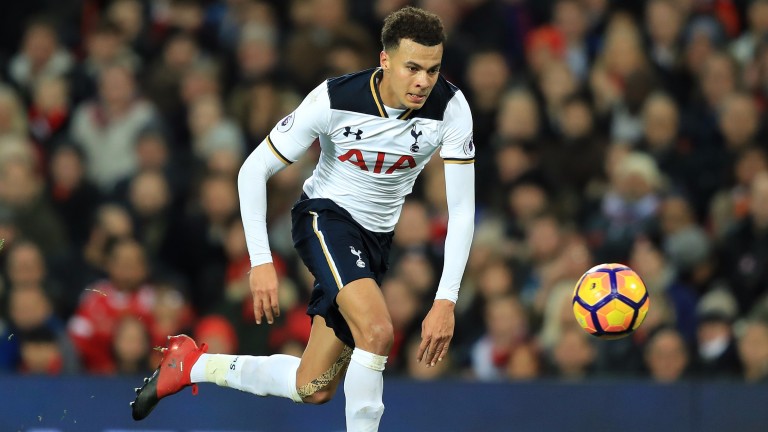 With Chelsea having taken a strong grip on the Premier League title race, bet365 have opened a market betting without the Blues with Tottenham considered slight favourites.

Third-placed Spurs are 15-8 with north London neighbours Arsenal next on the list at 9-4. It’s a tight betting heat with Liverpool and Manchester City 3-1 and 5-1 respectively, while Manchester United are available at 10-1.

Arsenal boss Arsene Wenger has been charged with misconduct by the Football Association after he pushed fourth official Anthony Taylor during Sunday’s dramatic 2-1 success over Burnley which promoted the Gunners to second.

Betway are just 1-10 that a side from London wins the Premier League title with the capital trio currently holding the front three positions. It’s 4-1 that the London clubs finish in the first three spots.

Given the state of the Premier League standings it is perhaps no surprise that the PFA Player of the Year betting is dominated by those who ply their trade down south.

Eden Hazard is Betway’s 3-1 favourite, although Diego Costa has been nibbled at and is 11-2 from 6-1.

Dele Alli continues to be slashed in the market and is 8-1 from 12-1 following his goal for Tottenham in their 2-2 draw at Manchester City on Saturday and Alexis Sanchez is available at 9-1.

Zlatan Ibrahimovic, the only non-London based player at a single-figure price, is alongside Alli at 8-1.

Saints take a 1-0 advantage to Anfield and are 20-21 with BoyleSports to reach the Wembley final with Liverpool available at 10-11.

The winners of the tie are set to meet Manchester United with the Red Devils 1-40 to progress past Hull having won the first leg 2-0 at Old Trafford.