Roger Federer should feel at home at Swiss Indoors 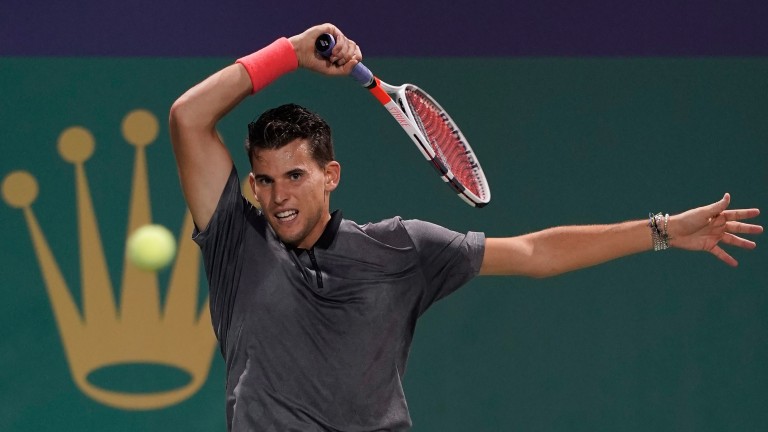 Dominic Thiem may soon prosper more indoors than he did in his early career
Kevin Lee
1 of 1
By Adrian Humphries 8:00PM, OCT 21 2018

One would think the layers have as good as given up on Roger Federer judging by their quotes of 13-5 that he wins a ninth homeland title in the Swiss Indoors in Basel.

After an opener against Filip Krajinovic, the great man and top seed could meet such opponents as Jan-Lennard Struff, Gilles Simon and maybe even Nicolas Jarry in earlier outings.

Stefanos Tsitsipas may not be overly fussed about shining after his Stockholm title triumph while Daniil Medvedev hardly covered himself in glory in his role as Kremlin Cup market leader.

Marin Cilic is likely to have the Davis Cup on his mind so the Fed's chief title threat could well be second seed Alexander Zverev.

But Federer is an even better player indoors than out, so the available prices could prove to be a gift.

Kyle Edmund is 16-1 to add to his indoor title triumph in Antwerp last week with victory in the Erste Bank Open, but the British number one faces a tougher task in the 500 Series event in Vienna.

The Yorkshireman opens against Diego Schwartzman and he'll do well to survive his opener.

Dominic Thiem would not be on many people's list of top indoor players, but that could change in future. The Austrian, the top seed in Vienna, is joint-favourite for an event on which the layers bet 8-1 the field.

The tournament has previously been pretty dismal for Thiem but he opens against Ruben Bemel­mans instead of Richard Gasquet, who has pulled out of the event.

Kei Nishikori and Fabio Fognini could trouble the selection in the top half of the draw but both may face some stern early tests.