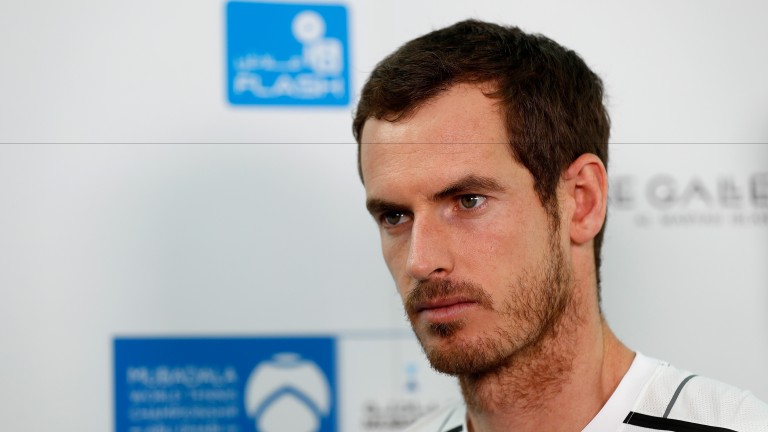 Andy Murray has a big opportunity to dominate in Abu Dhabi
Francois Nel
1 of 1
By Adrian Humphries 7:01PM, DEC 28 2016

Andy Murray’s major focus in the first month of 2017 will be on finally getting his hands on the elusive Australian Open trophy and it’s perfectly possible the world number one could elect to take things easier in the grandly-titled Mubadala World Championship, a winner-takes-all event not sanctioned by the ATP Tour.

Punters should not be put off siding with second seed Milos Raonic, former world number one Rafael Nadal, who has been nibbled at for success in Abu Dhabi, or even David Goffin, who Murray could meet in his first match since beating Novak Djokovic in the ATP World Tour Finals decider in London last month.

But while Goffin is a fine player who is perfectly capable of taking advantage in tourna­ments of the highest stature should the market leaders come up short, the fact remains that Murray still ought to come through his first match of the season.

And while Raonic, the most obvious danger to Murray having performed so well in the first weeks of the 2016 cam­paign, or a resurgent Nadal could hurt favourite-backers, 4-6 is a perfectly acceptable price about the world’s best player in a field of six featuring only one other player in the top eight.

Experienced duo Tomas Berdych and Jo-Wilfried Tsonga retain ability but are not exactly winning machines when it comes to titles and are difficult to fancy on their seasonal bows.