Top man Federer is difficult to oppose in his title defence

Del Potro could be the chief danger to the favourite 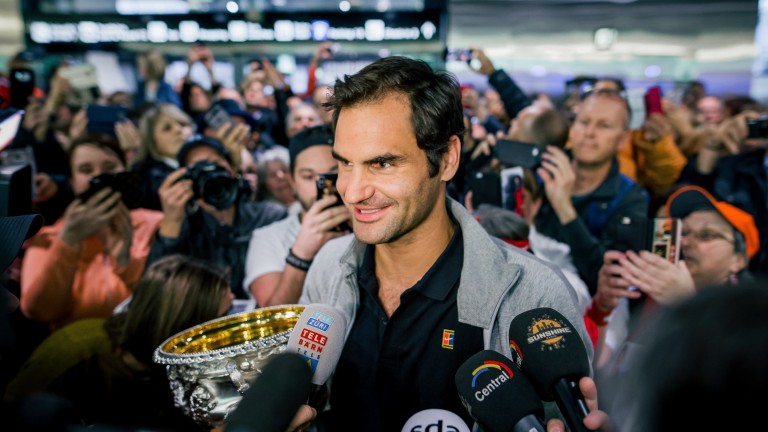 There looks hardly anyone to stop Roger Federer coasting to the California final
Remy Steiner
1 of 1
By Adrian Humphries UPDATED 7:51PM, MAR 9 2018

The top 30 players in the world have turned up for the women's BNP Paribas Open but it's a different story in the men's singles.

Rafael Nadal, Andy Murray, David Goffin, Stan Wawrinka, Jo-Wilfried Tsonga and Richard Gasquet are all missing from the first Masters Series 1,000 tournament of the season in Indian Wells and that could afford a big chance for the star names to shine.

Marin Cilic, who has never looked that comfortable competing in the Coachella Valley, makes little appeal even though he is seeded second for the tournament and so it could come down to a battle between Australian Open champion Roger Federer and last week's Mexican Open hero Juan Martin del Potro.

Argentinian powerhouse Del Potro rediscovered his mojo big-time in Acapulco and he is looking forward to carrying on the good work in California and in Miami this month.

But despite having finally stepped things up in Acapulco, the laid-back Tower of Tandil is highly unlikely to win in both Indian Wells and Florida, so with Miami holding almost legendary status among Hispanic players it may pay to hold fire on the big man at the Tennis Garden in favour of Federer.

The Swiss legend, 36, is bidding for a sixth triumph in Indian Wells and there aren't many involved who look capable of stopping him.

With doubts over Nadal and Murray this year and Novak Djokovic still a long way back on the road to the top, some punters are backing Federer for a 2018 Grand Slam. Even the fact that he chose to skip the French Open last year is not deterring his supporters.

The only danger to Federer reaching the final looks to be Nick Kyrgios, but while the Australian is capable of stepping up and triumphing at this level, he is fast falling into the shines-when-he-wants-to bracket.

Fourth seed Alexander Zverev merits obvious respect and could be there or thereabouts, but the German was soundly beaten 6-4 6-2 by Del Potro in Acapulco and that form could take plenty of reversing.

Djokovic is hoping to claw his way back, but it looks like being a long process and a dedicated clay campaign could aid the Serb’s fitness for a better US Open Series in the summer.

In the women's Indian Wells action (BT Sport 1, 9pm Thursday), Lesia Tsurenko worked overtime to retain the Mexican Open crown on Sunday but the Ukrainian could be in for a tough test against Lara Arruabarrena.

Successive Acapulco titles could give Tsurenko more self-belief and she may move on to better things, but Arruabarrena is often a fine battler who could be generous with a handicap start of 5.5 games.

Former world number two Vera Zvonareva can be considered at a shade of odds-on to defeat Natalia Vikhlyantseva after fighting back to deny Bernardo Pera in the qualifiers.