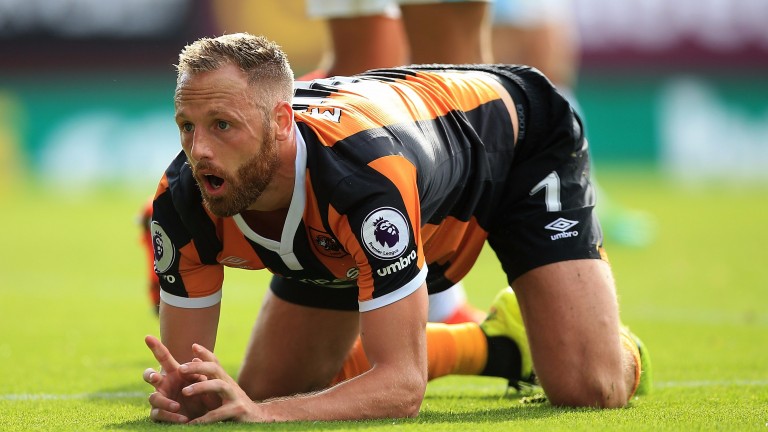 If the betting is correct we will be saying goodbye to Hull, Sunderland and Swansea at the end of the season and of that trio there is one clear candidate to be tailed off.

Playoff winners Hull had a turbulent summer which saw Steve Bruce quit and problems off the pitch led to a lack of investment.

Unless there are significant arrivals for Mike Phelan in January the toothless Tigers are booked in for bottom spot in the Premier League.

That is where they currently are and they have the worst goal difference in the league (minus 22). No team have scored fewer goals than Hull's 14 and they have collected just six points from the last 15 games.

The one win during that horrible sequence - 2-1 at home to Southampton - was a smash-and-grab effort as Hull scored with their two shots on target in a game dominated by the Saints.

Hull are worthy favourites to finish bottom and they should be odds-on.

Things are looking good for the ante-post pick of the Tigers to be relegated and the Hull-Swansea-Burnley relegation treble is only 4-1 having been selected at 33-1.

For that to land Sunderland will have to launch their traditional late-season survival bid but it seems to have started much earlier this term with four wins in their last seven games.

Crystal Palace are probably the only other realistic danger and are worth considering for anyone looking for a relegation wager.

The Eagles have collected just 28 Premier League points in 38 matches since last Christmas, which is relegation form over the course of a season.

Conceding five at Swansea and three at Leicester, Burnley and Hull is unacceptable. However, if Alan Pardew is sacked somebody such as Sam Allardyce could make a difference in the defensive department.

Palace still possess quality in attack with Christian Benteke and Wilfried Zaha which could be enough given the flaws of the teams around them near the bottom three.

Swansea have already shipped 37 goals and have not yet been to Chelsea, Liverpool, Manchester City or Manchester United, while Burnley's reliance on their home form is possibly unsustainable.

Head to Soccerbase.com for your football bets