Too soon to write off Denver 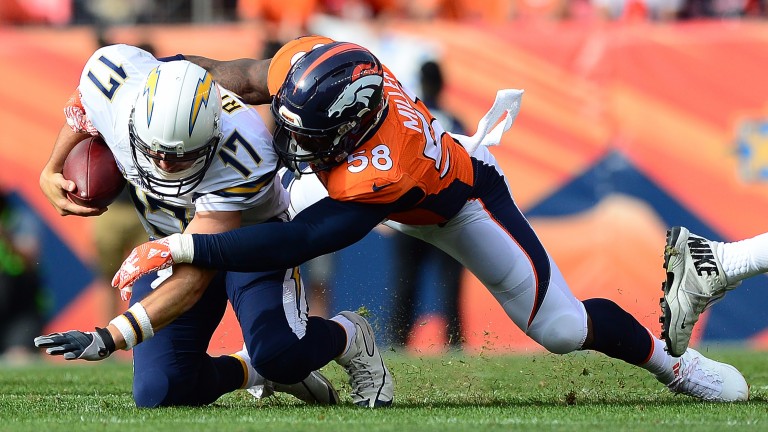 Denver at New Orleans
Super Bowl winners Denver have fallen to third spot in the hyper-competitive AFC West following last week’s defeat to Oakland, but the panic button should not be pressed just yet.

The other three divisions in the conference look to be weak so there is a decent chance that three teams from the West could make the post-season.

Their loss against the Raiders was the third the champions have suffered and the motivation will be there for them to get back to winning ways.

New Orleans have forced their way into the NFC playoff picture after successive victories over Seattle and San Francisco, but they are still taking on one of the strongest defences in the league.

Prolific quarterback Drew Brees needs to deal with an excellent secondary and it may be that Saints running back Mark Ingram sees plenty of the ball.

But the Broncos should be able to keep them in check and Denver have been the punters’ friends when playing on the road, having covered the handicap in eight of their last ten matches on their travels.

Kansas City at Carolina
The Chiefs are in the thick of the AFC West battle having won five of their last six matches and they can build on that with a positive performance in Carolina.

The Panthers have won their last two matches and last year’s Super Bowl runners-up will take some inspiration from today’s opponents, who reached the post-season last year having won just one of their first six matches.

Carolina overcame a poor offence in Los Angeles last week, a win that followed a success over Arizona, who have not reached last season’s heights this year. This match could be tougher.

The Chiefs have conceded an average of 14.8 points in their last five games and their offence should have more of a controlled look with quarterback Alex Smith returning to replace Nick Foles, who led them to last week’s 19-14 success over Jacksonville.

Their defence are also expected to step up against the Panthers, who have struggled with turnovers.

Carolina’s giveaway total of 17 is the third-highest in the league and that needs to improve.

Cleveland’s winless start to the season was extended to ten games due to a second-half collapse against Baltimore.

The Browns led 7-6 at half-time but lost 28-7 after starting quarterback Cody Kessler was surprisingly replaced by Josh McCown early in the second half.

Tampa Bay will make a late decision on whether running back Doug Martin (hamstring) can return against Chicago. Martin has not played since Week Two.

Running back Todd Gurley (thigh) is a concern for Los Angeles but returned to practice on Friday.

New York Jets quarterback Ryan Fitzpatrick (knee) faces a late fitness test before the game against the Rams. Center Nick Mangold (ankle) is out but defensive tackle Muhammad Wilkerson is set to play.

Green Bay linebacker Clay Matthews (hamstring) has been ruled out of their game against Tennessee. Running back James Starks (knee) is more likely to be fit for the game than tight end Jared Cook (ankle).

Denver cornerback Aqib Talib (back) and defensive end Derek Wolfe (elbow) have been ruled out of their game against the Saints.