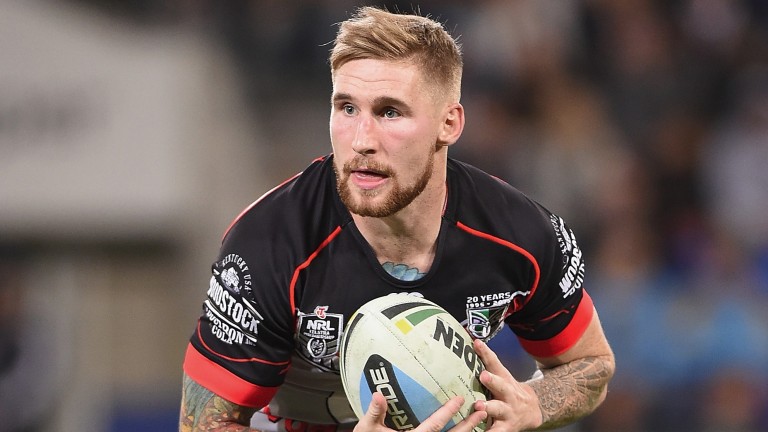 Champions Wigan are in danger of their lowest Betfred Super League finish since trailing in eighth in 2006 but punters aren’t deserting the Warriors.

Despite currently sitting seventh, way off the playoff pace with ten games to go, Shaun Wane’s side have been a popular bet at 7-1 to retain their crown at Old Trafford in October.

Last Sunday’s 28-12 home success over Widnes was Wigan’s first victory in nine attempts in Super League and bookmakers make them 2-5 to back up that win with another in the south of France.

Wane is missing the trip after a hip operation with his assistant John Winder taking charge.

On the face of it, Wigan look a very short price but given the team news coming from the Catalans camp, those odds are perfectly understandable.

However, the Dragons are unlikely to be able to afford to give today’s opponents an 18-0 head start as they did the Centurions.

If they do, overturning an eight-point handicap would be well within the Warriors’ capabilities.

The worry for Wigan backers is that they were far from fluent in victories over Widnes and against Warrington in the Ladbrokes Challenge Cup quarter- final. They are slowly but surely getting back to full-strength after a raft of injuries with Taulima Tautai the latest player to return after two weeks out with an ankle problem.

In recent weeks, key players like Tony Clubb, Anthony Gelling, John Bateman and Sam Tomkins have all returned to the fray.

Tomkins’s drop-goal proved decisive in the cup win over the Wolves but the England full-back is yet to score a try in three league and cup matches since making his comeback.

He bagged seven tries in 16 outings in an injury-hit 2016 and looks overdue another four pointer.

It may be worth taking the 11-8 on offer about him ending his barren spell in Perpignan.

Castleford are evens to win the Grand Final after making it ten league wins on the spin by overturning a 16-0 half-time deficit to scramble home 25-24 at Wakefield on Thursday night.