Former Barca teammates can tee up a classic 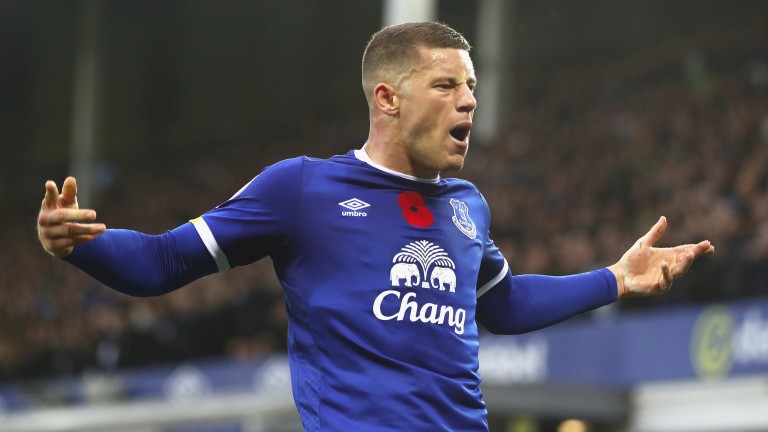 Former Barcelona team-mates Ronald Koeman and Pep Guardiola cross swords on the Manchester-Merseyside undercard, though this fixture looks anything other than a support act.

Proud owners of two of the less reliable defences in the top half of the Premier League, Everton and Manchester City could well lay on, almost by accident, some great entertainment.

Morgan Schneiderlin has been drafted in by Koeman to add some protection to a central defence that has looked increasingly insecure. Ex-Toffee John Stones, one of the world’s most expensive defenders, is struggling to get a game in City’s back four, though not because those in his place are excelling. Far from it.

Guardiola’s tactical flexibility and obsession with playing the ball out of danger makes them appear vulnerable and Everton have the pace and power up front to hurt them.

City, with Sergio Aguero up top, can damage anyone and they will enjoy running at the home defence.

The visitors, who have won seven of their ten away games and lost the other three, clearly merit favouritism and they will probably be a popular bet, but they have failed to win four of their last nine in all competitions.

Both teams have scored in ten of their last 14 assignments, but backing over 3.5 goals could be a better bet.

Koeman may try to be cautious and solid but it’s doubtful he’s got the tools at his disposal to keep City out, especially with excellent combative midfielder Idrissa Gueye out of the country.

Second guessing the Toffees is pretty difficult and that is a concern to supporters who had hoped Koeman was going to bring the stability and consistency that was lacking under Roberto Martinez.

They have lost only one of ten at home in the league and were excellent beating Southampton 3-0 in their previous top-flight tussle at Goodison. However, just a few days later they slumped to a 2-1 FA Cup loss against Leicester, which was a shocker.

Key to their success has to be Ross Barkley, who will fill plenty of column inches in this transfer window. Koeman needs a spark and Barkley can supply it, especially in the number ten role.

Koeman will probably play Barkley behind top scorer Romelu Lukaku and the youngster looks a bit of each way value to open the scoring and add to his four goals this season.

City are unbeaten in their last seven against Everton and were excellent winning 5-0 at West Ham in the FA Cup last time out, but we know all is not well at the London Stadium and the Blues should be tougher opponents.

Listen to the Racing Post Postcast on this match