Titans should keep fighting to the end

Race for playoffs hotting up 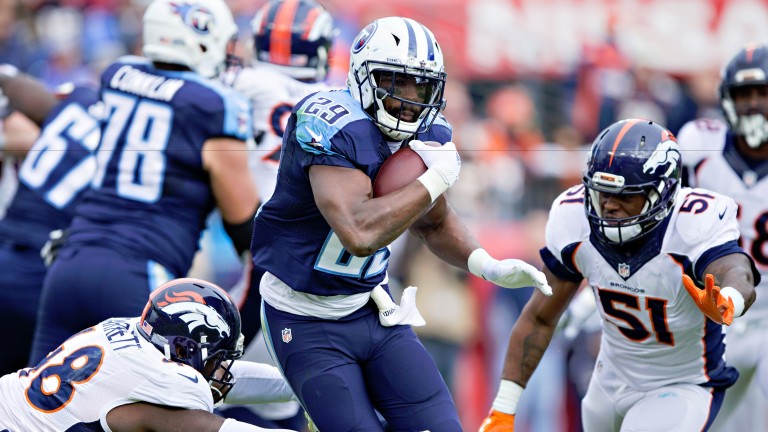 Tennessee at Kansas City
It is going to be incredibly cold in Missouri but neither Kansas City nor Tennessee can take things easy in the heat of their respective playoff battles.

The Titans are embroiled in a three-way fight for the AFC South while the Chiefs will not want to waste the huge efforts they made in grabbing a crucial win over Oakland last week.

However, the away side who build on their 13-10 win over Denver last week.

Key to their success could be their running game, particularly as this will be the coldest game Hawaii-born quarterback Marcus Mariota will have played in.

But the Chiefs have struggled against the run this year and they are up against DeMarco Murray, who has rediscovered the form he showed at Dallas four years ago and is the league’s second most productive rusher.

Kansas City will also be without linebacker Derrick Johnson, who leads the team in tackles Tennessee do not have a strong pass defence, but they might not be exposed too much against Alex Smith, who has thrown just 12 touchdown passes this season.

It promises to be a tight game in testing conditions and the motivation to stay in touch in a tight divisional race means the Titans are unlikely to give up.

San Francisco at Atlanta
Atlanta faced little resistance in Los Angeles last week when they eased to a 42-0 lead and conceded two late touchdowns in a game that cost Rams head coach Jeff Fisher his job.

The scale of the victory was even more impressive considering that the league’s leading receiver Julio Jones was absent with a toe injury.

He could be missing again and it is just possible that the Falcons will take their foot off the gas when San Francisco visit Georgia.

The 49ers have endured a dismal campaign and have lost their last 12 matches, but they did at least take an early lead against New York Jets after scoring two first-quarter touchdowns.

They couldn’t keep their efforts up but Atlanta have to be warned against taking it too easy against another poor team.

Their forthcoming divisional clashes with Carolina and New Orleans could be huge and it would be no surprise if their imminence became a distraction to the team who are tied at the top of the NFC South with Tampa Bay.