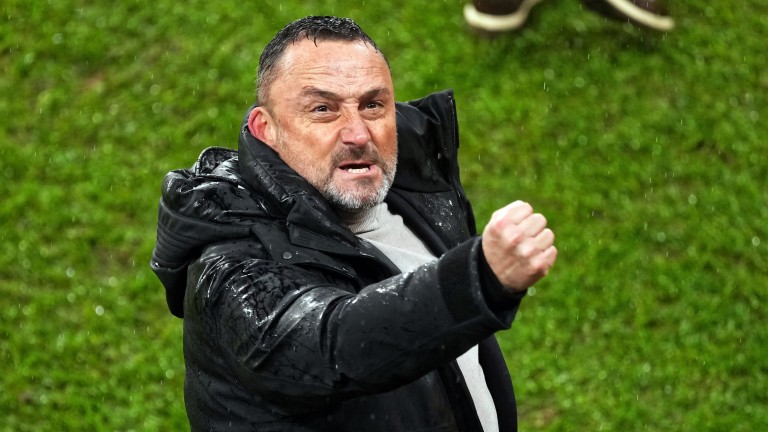 Best bets and predictions for the weekend's matches in the Bundesliga, Ligue 1 and the Copa del Rey.

While Bayern Munich are still on course for a tenth straight Bundesliga title, they reminded punters they are not indestructible with a 2-1 defeat to Borussia Monchengladbach last time out.

And following that setback, they could also be frustrated by improving Cologne.

The Billy Goats have rapidly ascended the Bundesliga standings with three straight wins over Wolfsburg, Stuttgart and Hertha Berlin and now find themselves in contention for a top-five berth.

They have lost only one of their last eight league assignments and could once again be a tough nut to crack.

Bayern, who will be without Kingsley Coman, Leon Goretzka and Alphonso Davies among others for this match, were pushed close in a 3-2 win in the reverse fixture earlier in the season and it could be an even tougher affair at the Rhein-Energie Stadion.

Back the hosts to avoid defeat.

Perhaps the best bet of the week, Lens look a value selection to defeat basement boys St-Etienne at the Stade Geoffroy-Guichard on Saturday.

St-Etienne's performances in Ligue 1 have not exactly inspired confidence this season - they have managed only two wins in 19 matches - but they are even weaker than normal right now.

The players they have lost to this month's Africa Cup of Nations have scored just over 70 per cent of their Ligue 1 goals this season with Tunisian forward Wahbi Khazri a key absentee.

That further hinders the hosts in attack and they could be out of their depth against Lens, who are in European contention and have shown signs they are recovering from a dip in form by knocking Lille out of the French Cup and beating Rennes 1-0 in their last two matches.

Attention turns to the Copa del Rey in Spain this week and a Segunda Division team who can make an impression are Sporting Gijon.

Gijon saw off Ceares and Alcorcon in the first two rounds before claiming the big scalp of Villarreal earlier this month.

They have gone six games unbeaten in all competitions and should fancy their chances at home to another top-flight side in Cadiz.

Cadiz are in the thick of a relegation battle in La Liga, winning only two of their 20 assignments, and they were hardly convincing in their 1-0 win over second-tier side Fuenlabrada in the last round, netting the winner in the 93rd minute. Gijon are worth backing to prevail.

Euro both teams to score accumulator