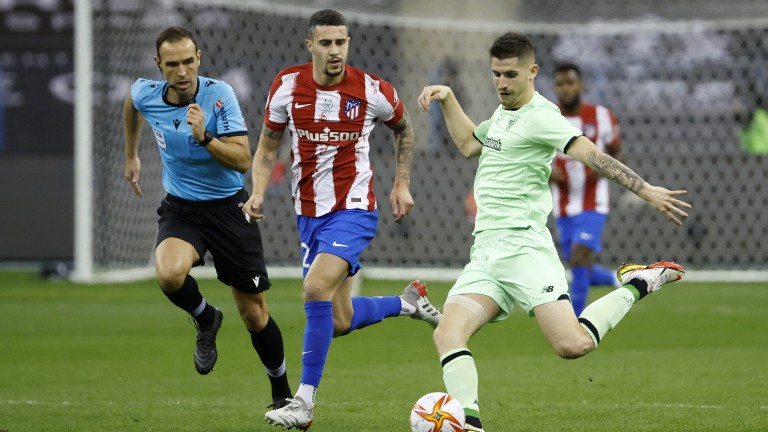 Best bets and predictions for Saturday's matches in Ligue 1, La Liga and the Bundesliga.

Two of the Bundesliga’s strugglers face each other in a crucial clash when Hertha Berlin visit Arminia Bielefeld.

The hosts are six points adrift of Hertha, who occupy the last position outside of the relegation zone. However, Arminia are just two points away from Stuttgart in the relegation play-off spot.

New Hertha manager Felix Magath has brought about something of a bounce and his side have won two of their four games since he arrived.

Opponents Arminia are in terrible form having lost seven of their last eight games and drawn the other.

In total the home team have won just two of their 15 games on their own patch and are the lowest scorers in the division, netting 24 times in 31 games.

Hertha can further their misery and continue Magath’s good start.

Rennes are locked in a battle with the three teams below them for the final Champions League spot and they may have to win their remaining four games to fend off Monaco, Nice and Strasbourg.

Key to their successful season has been dynamic attacker Benjamin Bourigeaud. Only PSG have scored more than Rennes’ 75 goals this campaign and Bourigeaud has been directly involved in 20 of those.

The Frenchman’s tally of 11 assists is topped only by Lionel Messi and Kylian Mbappe in Ligue 1 this season and he could pick up another against Saint-Etienne. This is a big game for the away side as well, who are looking to bridge the two-point gap to Clermont and pull themselves out of the relegation zone.

They have the second-worst defensive record in the division, however, and Bourigeaud could be the man to unlock it.

Another team trying to hold on to the final Champions League spot in their division are Atletico Madrid. Diego Simeone’s men have a four-point advantage over Copa Del Rey winners Real Betis but there are still five games in La Liga in which that could be eroded.

Atleti face a tricky trip to Athletic Bilbao, who are chasing a European place themselves.

Both teams have been in inconsistent form, and the Madrid side’s Champions League quarter-final with Manchester City is probably the reason for their troubles.

This game is priced up as though it will be a dour affair but four of the last five meetings between the two sides have produced three or more goals.

To add to that Bilbao have conceded in 12 of their last 13 games so keeping out this Atleti attack looks unlikely. They do have some fine attacking talent of their own and at the prices, over 2.5 goals looks the play.