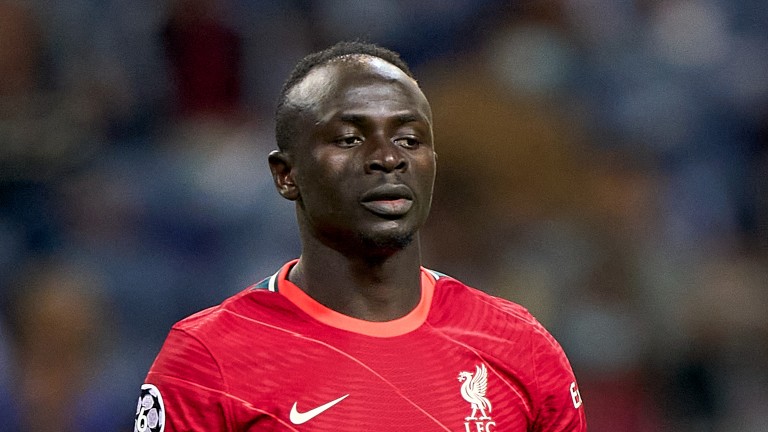 Sadio Mane's second-half header gave Liverpool a crucial 2-1 Premier League win at Aston Villa on Tuesday and the in-form Senegal star is a tempting price to open the scoring in the FA Cup final against Chelsea.

Mane is having a wonderful 2022, winning the Africa Cup of Nations with Senegal and the EFL Cup final with Liverpool after an 11-10 penalty-shootout victory over Chelsea.

The Reds forward was denied a goal in the League Cup final by a brilliant save from his international teammate Edouard Mendy but he scored a ninth-minute opener in the 2-2 league draw at Stamford Bridge on January 2.

Mane also notched twice in a 2-0 win at Chelsea in 2020-21, having bagged a brace against the Blues in the Uefa Super Cup final in September 2019.

The 30-year-old has been on a hot streak in front of goal since returning from Afcon, scoring 12 times in 20 appearances in all competitions including two first-half goals in the FA Cup semi-final win over Manchester City. He struck in both legs of the Champions League semi-final against Villarreal and can prove he is the man for the big occasion once again at Wembley.

After Wednesday's 3-0 home defeat to Chelsea, relegation-threatened Leeds are desperate for a win at Elland Road but Sunday's visitors Brighton look dangerous opponents.

While the hosts are scrapping for Premier League survival, the Seagulls are playing with freedom and confidence following a 4-0 rout of Manchester United last weekend.

Graham Potter's men were not flattered by that scoreline and their recent away form also spells trouble for Leeds as Brighton have beaten Wolves 3-0, Tottenham 1-0 and Arsenal 2-1 on the road since the start of April.

Spurs and Wolves managed just one shot on target between them in those defeats and, having showcased their attacking quality against United last time out, the Seagulls are a tempting price to silence Elland Road.

Two ex-Mainz managers, Jurgen Klopp and Thomas Tuchel, are hoping to get their hands on the FA Cup on Saturday, shortly after their former club finishes an impressive Bundesliga campaign against Europa League finalists Eintracht Frankfurt.

While Frankfurt have at least one eye on Wednesday's showdown with Rangers, Mainz should be backed to extend a formidable record of ten wins in 16 home games in the German top flight.

The most recent of those victories was a 3-1 success against champions Bayern Munich and Bo Svensson's side followed up with an away win at Hertha Berlin.

They are understandably short in the match betting given that Frankfurt are unlikely to be at full strength but Mainz's home record against bottom-eight clubs, such as Saturday's visitors, suggests they can win to nil.

They have won six of their seven home games against bottom-eight sides, by margins of 1-0, 3-0, 4-0, 4-1, 4-0 and 3-0, drew the other one 0-0 against Stuttgart, and have also kept clean sheets in home victories over RB Leipzig and Hoffenheim this term.

Banker
Lens
Lens have won five of their last eight Ligue 1 games, also earning a 1-1 draw at champions Paris St-Germain despite playing the last half-hour with ten men, while hosts Troyes have won only one of their 15 games against top-eight clubs.

Blowout
Aston Villa
Villa pushed Liverpool hard in Tuesday's 2-1 home defeat but their only wins in their last eight league games were against struggling Norwich and Burnley so Crystal Palace should be confident of getting something at Villa Park.

FIRST PUBLISHED 4:50PM, MAY 12 2022
Mane has been on a hot streak in front of goal since returning from Afcon, scoring 12 times in 20 appearances in all competitions