RB Leipzig finally ready to show their wings on the road 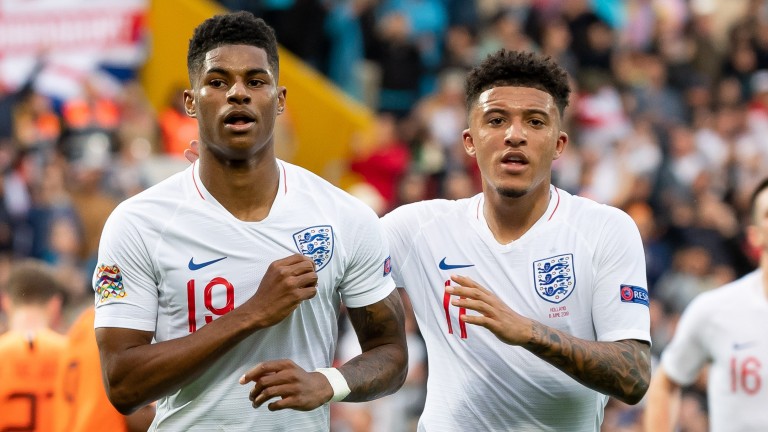 There was something quite sad about the way Marcus Rashford struggled through Manchester United's lethargic 1-0 FA Cup win over Aston Villa on Monday.

Late in the second half he appeared to hold back from following in on a saved effort, which got the Stretford End groaning. It just smacked of a player seemingly drained of confidence as much as anything else.

Against Wolves there was a shockingly heavy first touch when a chance appeared late on to potentially salvage a point and one abysmal cross became a social media meme in the 1-1 draw at Newcastle, with Rio Ferdinand recently suggesting Rashford's "body language" is an issue.

Previous manager Ole Gunnar Solskjaer reckoned Rashford should prioritise football and Paul Parker went much further. "If he [Rashford] can wake up and remember he's a footballer rather than thinking he’s a politician, then it might work," said the former United and England right-back.

Firstly, it could be argued that being a driving force to improve the lives of vulnerable children is slightly more important than scoring against Norwich but the idea that Rashford has gone backwards only because of his work outside of football is far from certain to be true.

Jadon Sancho has not been taking the government to task and yet he has been equally awful.

Mason Greenwood isn't setting the world alight either and if Rashford's "political" work is to blame for his poor form then one can only assume Bruno Fernandes has been at all of the many Downing Street gatherings because he has been dreadful.

If one attacker is playing poorly then possibly it is worth going in-depth but most of them are struggling and it's a consequence of a broken collective approach that Ralf Rangnick has struggled to fix since replacing Solskjaer.

The demeanour of Rashford suggests he is sulking, as alluded to by Ferdinand. However per 90 minutes according to fbref.com he is actually pressing opponents more than he did in the two previous seasons and well above average for both pressures and successful pressures during his career.

Rashford's confidence is down, possibly due to a recent shoulder injury and missing a penalty in the Euro 2020 final shootout. That seems as plausible to me as any impact on helping to feed hungry kids.

He was top of the Premier League nutmeg charts in 2019-20 and 2020-21 but the cheekiness is not quite what it was and he is shooting less frequently which is far from ideal.

Maybe he just isn't an elite player but whatever happens it would be wrong of anyone to suggest Rashford sticks to football.

Leipzig's dreadful away run in the Bundesliga - they are without a road success since April - should come to an end at Stuttgart.

The Red Bull-backed outfit have the second-best expected-goals total in Germany and Stuttgart are three games without a goal.