Tipperary firepower can tip the balance at Nowlan Park 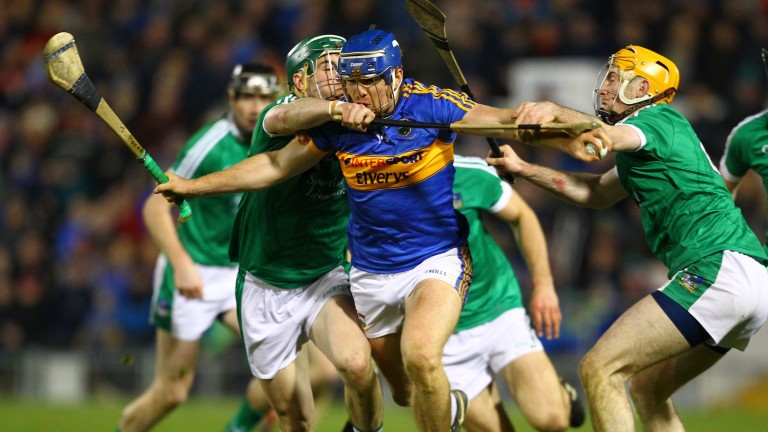 The more things change, the more they stay the same. A league that saw the emergence of Wexford, Clare and Limerick to join the long list of possible All-Ireland contenders, has ended with a final at Nowlan Park consisting of the ever-reliable pairing of Kilkenny and Tipperary.

While Tipperary will have been many people’s idea of league winners from the outset, Brian Cody’s side have surprised many, and they have put together a panel of exciting young players. With Richie Hogan and Colin Fennelly, among others, due back in time for championship, there’s no doubt the Cats will have plenty to say about the destination of the Liam MacCarthy Cup in 2018.

Before that however is a tantalising clash between arch-rivals who have dominated hurling over the past two decades, and will have serious aspirations in 2018.

Michael Ryan’s Tipperary were disappointing by their high standards in 2017, but they have been the form team this year.

They overcame Limerick following extra-time in Semple Stadium last weekend, showing real steel to come through that tough battle, with Jason Forde to the fore. Forde finished with 2-11 to take his league tally to a massive 5-60, even though he missed their round four clash with Kilkenny due to Fitzgibbon Cup commitments.

A potential championship full-forward line of Forde, Seamus Callanan and Michael Breen is a scary prospect for defenders all over Ireland.

The signs were ominous for a young Kilkenny side following losses to Cork and Clare in their opening two rounds, but they’ve impressed since and they completely outplayed Wexford. TJ Reid and Walter Walsh were once again the star men for Kilkenny, hitting 1-16 between them, but the lesser known Martin Keoghan, John Donnelly, and Bill Sheehan have been impressive in the Kilkenny forward line.

Cody has used 35 players in the league in 2018, as he searches for his championship team, but they’ll need to be close to their best to defeat a strong Tipperary side. Ger Aylward will be a huge loss for the young Kilkenny forward line, but so much will depend on the battle of Padraic Maher and TJ Reid.

Reid has been on fire since his belated return in 2018 and hit 13 points when these sides met in round four, while Maher has been solid in centre-back for Tipperary, providing a launchpad for attack. With both players largely uninterested in marking one another, it will come down to who impacts the game most from crucial positions.

Tipperary have been scoring for fun throughout the league campaign, averaging 29 points per game in normal time in their last six outings. While much of this has been down to Forde, John McGrath and Michael Breen, the impact of the Tipperary bench has been huge.

Cathal Barrett and John ‘Bubbles’ O’Dwyer have appeared sporadically throughout the league, but both will be keen to make an impact off the bench, and nail down a position for their opening round championship clash with Limerick on May 20.

While Tipperary have failed to win at Nowlan Park since 2008, this is a chance for Michael Ryan’s side to lay down a marker for the year ahead.

They have looked the team to beat throughout the league campaign, and victory will be the perfect launch pad for the championship campaign.