Tim Wellens can take the cheers in Amstel Gold Race

First of the three Ardennes classics 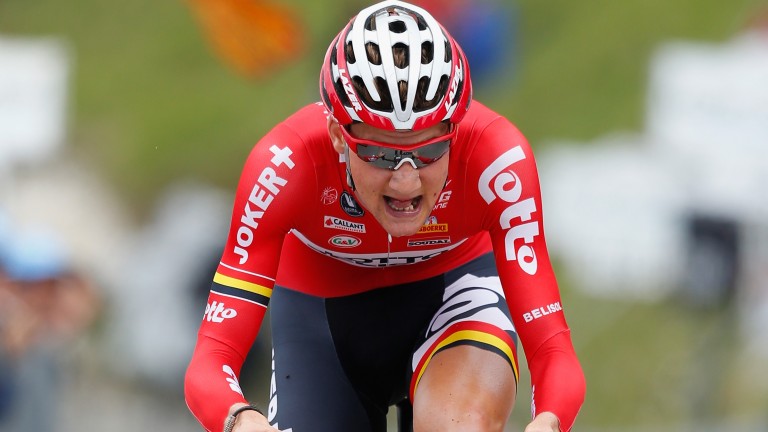 Peter Sagan's demolition job at Paris-Roubaix last Sunday brought the curtain down on the cobbled classics for another year as the peloton head to the Ardennes.

Despite being the first of the three 'Ardennes' classics, Amstel Gold isn't actually raced in the Ardennes region at all. The 263km route takes place over the border in the Netherlands but you have to go back to 2001 to find the last Dutch winner in Erik Dekker.

That looks unlikely to change this year with a strong Belgian challenge headed by four-time winner Philippe Gilbert seemingly holding all the aces.

But it could be Gilbert's in-form compatriot Tim Wellens who fares best of all.

Wellens warmed up for the race with victory at De Brabantse Pijl on Wednesday and has already claimed the overall win at the Ruta del Sol and the points jersey at Paris-Nice this season.