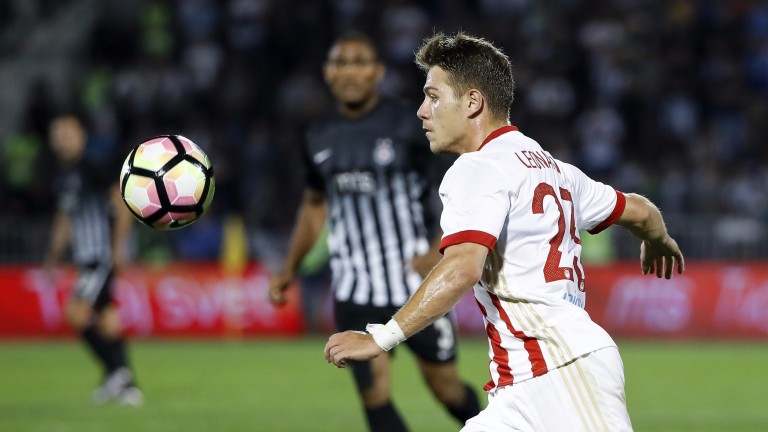 It is almost certainly going to be the Europa League or nothing for Olympiakos and Sporting in a group that also contains Barcelona and Juventus so this meeting is likely to be treated as the first leg of a playoff for third place.

Expect a tight encounter and that brings the draw into play at a nice price, particularly as both sides have started their campaigns in decent nick.

Hosts Olympiakos are unbeaten in their seven games in all competitions, although Besnik Hasi’s outfit have scored only one goal in each of their previous three games. The last of those came courtesy of new recruit, giant centre-back Bjorn Engels in a 1-1 draw at Xanthi on Saturday.

Sporting are more prolific in attack with goal machine Bas Dost leading the line but they are not a side who traditionally prosper on the road with just two victories in their last 23 European away matches.

Sporting
Fabio Coentrao and Daniel Podence are ruled out. Cristiano Piccini has travelled after recovering from a knock.