Tight contest on the cards as Seattle seek to hold on 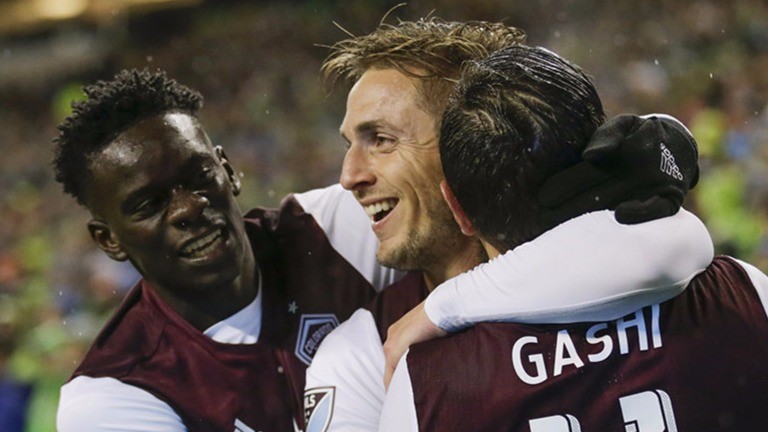 Kevin Doyle (centre) of Colorado scored in the first leg of the Western Conference final
Getty Images
1 of 1
By Mark Langdon 8:00PM, NOV 26 2016

The Dick’s Sporting Goods Park has certainly been kind to Colorado this season – the Rapids are unbeaten at home in 2016 – but they will need one more push in front of their own fans to make it through to the MLS Cup when they host Seattle in the second leg of the Western Conference final.

It’s a close contest as Seattle bring a 2-1 lead to the DSGP and a tight, nervous 90 minutes looks on the cards in a game that could be similar to Colorado’s penalty shootout success over LA Galaxy in the semi-finals.

On that occasion the Rapids had to overturn a 1-0 deficit and did so thanks to Shkelzen Gashi’s superb strike, and this time Colorado have the added benefit of Kevin Doyle’s away goal which will give them more confidence.

However, keeping the defence watertight is always the first priority for coach Pablo Mastroeni and to that extent 12 of Colorado’s last 14 home matches have produced under 2.5 goals. Betting on another low-scoring encounter is the way to go.

Unfortunately, the unders is only 4-6 and ‘no’ in the both teams to score market is also favourite so it may pay to head to the time of the first goal market where over 31 minutes is available at evens with Paddy Power.

At some stage this tie will have to open up, but possibly not before a cagey opening.