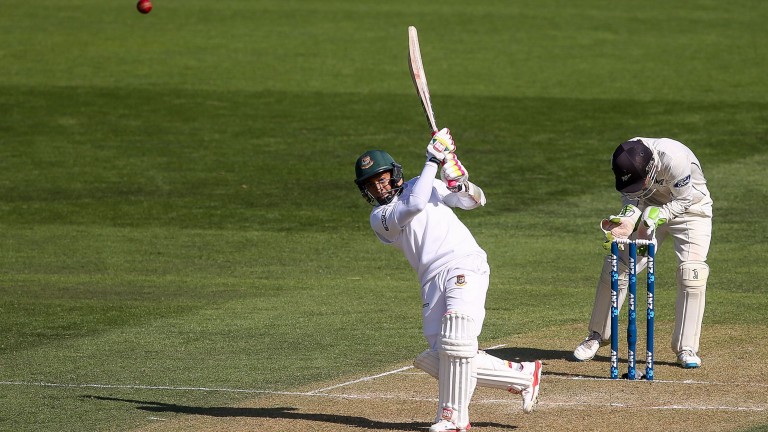 Mushfiqur Rahim dances down the wicket and lofts over the top on his way to a ton against New Zealand
Getty Images
1 of 1
By James Milton 7:58PM, MAR 5 2017

Bangladesh are 9-2 to beat Sri Lanka in the first Test of their two-match series and the Tigers are hoping for more batting inspiration from captain Mushfiqur Rahim.

The Mighty Atom has been relieved of wicketkeeping duties in this series – Liton Das takes the gloves – and the skipper should be delighted to be back in Galle, where he scored a double-century in 2013. Mushfiqur, who is due to bat at number four, has made Test centuries in New Zealand and India this year and is worth backing at 4-1 to top-score.

Sri Lanka thumped Australia in last year’s Galle Test and they are 4-6 for victory.