Tigers should find a way to edge scrap with Saints 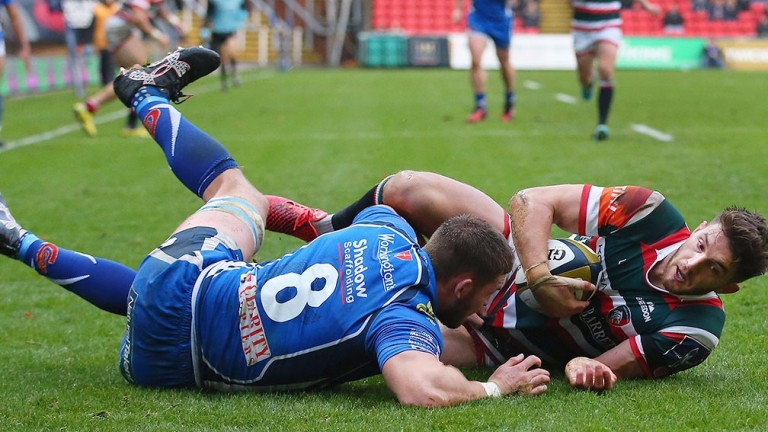 Back Leicester to win televised Anglo-Welsh Cup clash with fierce East Midlands rivals Northampton at Welford Road by a margin of between one to 12 points.

It should be a battle royale – these derbies always are – on rain-soaked ground as overnight and morning rain is forecast to clear.

And while the Anglo-Welsh Cup was not a priority for the Tigers or the Saints at the start of the season, both clubs have been knocked out of the Champions Cup and are enduring frustrating times in the Premiership so could do with the confidence boost a win would bring.

Head coaches Aaron Mauger and Jim Mallinder have paid plenty of respect to their standings at the top of pools four and one – with two wins out of two – and past tournament pedigree with their team selections, naming sides and benches that are far from just kids and second-stringers despite injuries and Six Nations training camp demands.

Leicester beat Northampton 19-11 at Welford Road in the league at the start of last month and they have not lost at home to the Saints since February 2007.

The Tigers prevailed by a single-figure margin in five of nine such league home meetings and they triumphed by fewer than 13 points in two more. They won a 2014-15 home Anglo-Welsh Cup pool-stage match 17-8 when both sides progressed to the semi-finals. Leicester also won a meeting in the 2011-12 final 26-14 while Northampton won a 2009-10 pool-stage fourth-round clash at Franklin’s Gardens 23-11 before going on to lift the trophy.

The Tigers will not want to leave anything to chance with a tough trip to Saracens next weekend. A narrow defeat may not be the end of the world for Saints with a home game against Scarlets to come as they bid to claim a last-four spot.

All four teams in Pool Two harbour hopes of making the semi-finals and an exciting Exeter side are taken to give up nine points to a very mix-and-match Wasps outfit at Sandy Park.

The Chiefs, who have a number of experienced bodies on the bench, beat Cardiff 60-15 in their first home cup game, while Wasps lost 17-13 up at Sale.

There are two top-notch Top 14 games on Sky Sports. Toulon give up ten points to their visitors second-placed surprise package La Rochelle (Sky Sports 4, 1.45pm Saturday) and holders Racing 92, who are in danger of slipping off the top-six pace, get one point from their hosts Lyon (Sky Sports 5, 7.45pm Saturday).