Tiger's niece overpriced to star in the Desert 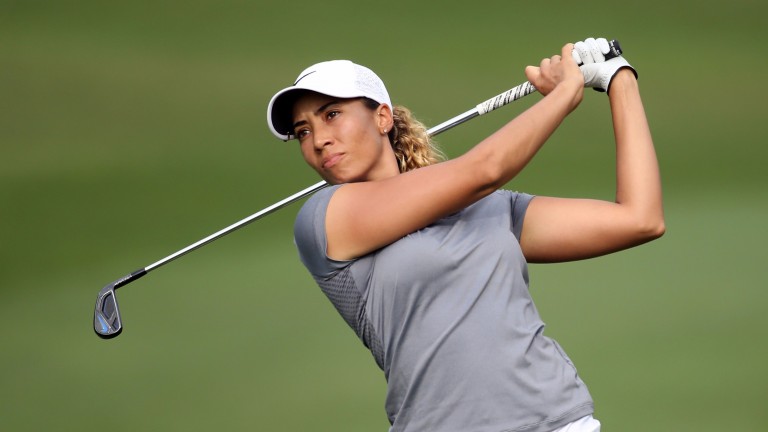 Sky Sports 4 from 8am Wednesday
Event starts 3am

The final golfing week of the year has three tournaments for punters to enjoy – the Dubai Ladies Masters, which starts early tomorrow at the Emirates Club, then the Hong Kong Open on the European Tour and the Franklin Templeton Shootout invitational pairs event in Florida.

Justin Rose, Danny Willett and Patrick Reed are due to star in Hong Kong, but it remains to be seen whether Rose, who with­drew from last week’s Hero World Challenge after one round with back problems, is able to compete.

A returning Tiger Woods was the centre of attention for much of the Hero and his niece, Cheyenne Woods, is capable of creating some headlines of her own in the live-on-Sky Dubai Ladies Masters. Cheyenne, who turned professional in the summer of 2012, has got two full seasons under her belt on the LPGA Tour and the 26-year-old should soon fulfil the potential she showed as an amateur.

Woods plays under more pressure than most – scrutiny due to her famous uncle – so it is not surprising she has taken time to settle on the tough LPGA Tour. Her best finish came with sixth place in the Portland Classic in June. Getting out of the States to Dubai could be just the tonic this sweet swinger needs.

Woods, a Phoenix native, is used to desert golf and hot temperatures, and the Emirates, where Tiger won the Desert Classic in 2006 and 2008, suits Cheyenne. She was all smiles on Sunday as good friends succeeded – Harold Varner won the Austra­lian PGA, and Olafia Kristinsdottir and Mariah Stackhouse claimed cards at LPGA Q-School. Woods may be inspired to produce her best in Dubai.