Henrik Stenson can get the better of Noren and Olesen 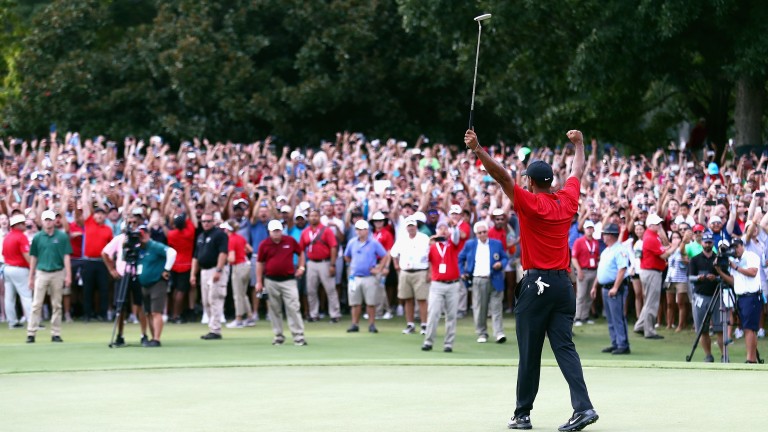 Live on Sky Sports from 7.10am Friday

Tiger Woods has got his tail up after winning the Tour Championship on Sunday and will be confident of securing some points for his country, even if the physical demands of five matches in three days proves too much for him.

It remains to be seen how much action American captain Jim Furyk decides to give Woods, but the likelihood seems to be at least four matches, and five is a runner. Even if the mentally draining nature of his hectic recent schedule means Tiger lacks some sharpness in France, if he gets four or five bites of the Ryder Cup cherry, two or three American points can be expected to result.

That will probably leave him short of success in the top US scorer market, but there is every reason to believe Woods is a strong favourite to be the top American wildcard. It is a section which is unlikely to take much winning.

The four-runner contest comprises Woods, Bryson DeChambeau, Phil Mickelson and Tony Finau, and surely only DeChambeau could upset the applecart.

DeChambeau is a probable playing partner for Woods at some stage – they both play the Bridgestone ball and get on well – but despite the younger player's FedEx Cup playoffs heroics, he is rookie who lacks the status to justify getting more than two sessions before the Sunday singles.

Woods should get one or two extra sessions to outscore DeChambeau – Patrick Reed is a possible sidekick for Tiger – and that increased opportunity seems likely to translate to top-scorer honours in this market.

Mickelson has badly lost his form at an inopportune time and may only get a Friday-morning fourballs slot before hanging up his clubs until Sunday, while Finau is another rookie who looks set to spend a lot of time on the bench - his length off the tee counts for little at Le Golf National.

Another appealing special price is Henrik Stenson to be top Scandinavian. Stenson should re-establish his successful partnership with his good friend Justin Rose for at least two sessions of the contest, and they would provide tough opposition for any of the American pairings.

Stenson has not competed since the BMW Championship in the second week of this month, working on getting his body ready for the rigours of a Ryder Cup, so the Swede may even be able to appear more than twice before the singles.

Stenson has only Alexander Noren and Thorbjorn Olesen to beat in this market. Noren may get a couple of outings over the first two days – Tommy Fleetwood or Ian Poulter seem possible partners – but the rookie is far less certain than Stenson to garner points.

Olesen is also a rookie who must deal with Ryder Cup nerves. The Dane will probably only get one fourballs outing before the singles unless he shows some amazing opening-day form. The vastly experienced Stenson, Open champion in 2016, is by far the safest option in this market and should arguably be a shade of odds-on.