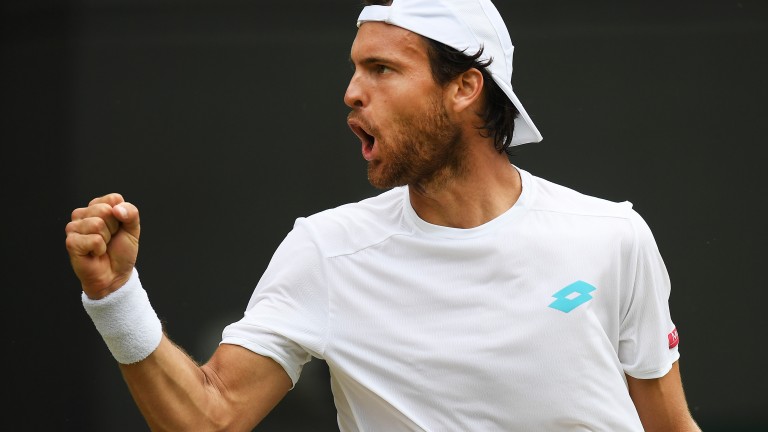 Joao Sousa saw his Wimbledon dreams crushed in no uncertain terms by Rafael Nadal in the fourth round but the Portuguese played well to reach that stage and should ease into the quarter-finals of the ATP Swedish Open at the expense of Elias Ymer.

Sousa was previously impressive in beating Paul Jubb, former finalist Marin Cilic and well-backed Brit Dan Evans in his opening three rounds at the All England Club before finding himself powerless to stop Nadal in the last 16.

But grass is statistically Sousa's worst surface, and anything he does on turf should be considered a bonus for a player who is at his most comfortable on clay, which is what he encounters in Bastad this week.

Sousa would have been disappointed with his main clay season, where he failed to pass the second round in any tournament, but he generally lost out to a much higher class of opponent than home hope Ymer and there should be a gulf in class between the pair.

The 23-year-old Swede has been ranked just outside the world's top 100 for a while now but nothing in his form indicates that he is capable of taking a leap up the ladder and his younger brother Mikael arguably looks more promising.

Sousa leads Ymer 2-0 on head-to-head record and should extend his record to three from three with the minimum of fuss.