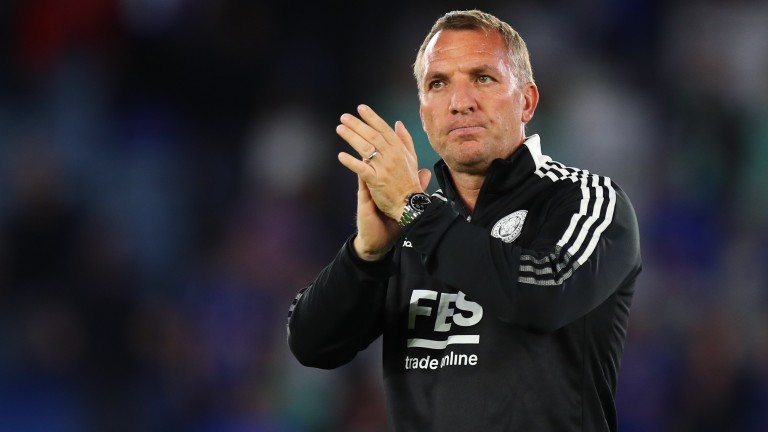 After three group wins, West Ham will be looking to book their place in the last 16 of the Europa League with a win at Genk, while Leicester have a key game at home to Spartak Moscow.

Meanwhile, in the Europa Conference League, Tottenham will be looking to impress new boss Antonio Conte when they host Vitesse Arnhem, who beat them a fortnight ago.

West Ham can continue their serene Europa League progress by beating a Genk side they outclassed 3-0 at the London Stadium a fortnight ago, while Rangers have lost one in nine and should see off Brondby.

Marseille should have too much for Lazio, while Fenerbahce are in poor form and could struggle at Royal Antwerp.

The Hammers have won all three of their Europa League group games and are unlikely to take their foot off the gas with a place in the last-16 up for grabs.

Despite their recent travails, Tottenham tend to be strong in European home games and they have extra motivation with new manager Antonio Conte watching on.

Rangers outplayed Brondby when they met the Danes two weeks ago and will be confident after winning 6-1 at Motherwell at the weekend.

England's Declan Rice has been West Ham's star performer at the start of this season and, after two goals already in the Europa League this term, he can score again tonight after being on target in their 4-1 win at Aston Villa on Sunday.

Best bet
Declan Rice to score at any time

Spurs have won each of their last eight European home matches by at least two goals.

FIRST PUBLISHED 3:37PM, NOV 3 2021
The Hammers have won all three of their Europa League group games and are unlikely to take their foot off the gas