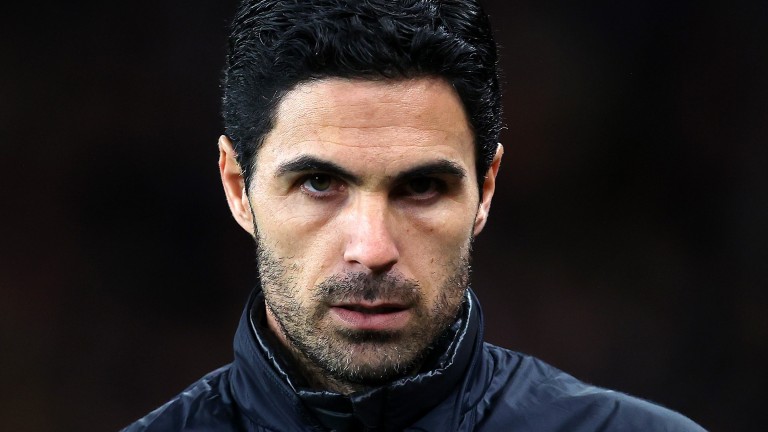 A big night of Europa League actions sees Arsenal and Tottenham attempt to defend two-goal leads (respectively 3-1 and 2-0) against Olympiakos and Dinamo Zagreb, while Manchester United and Rangers complete their ties against Milan and Slavia Prague which were level after the first legs in England and the Czech Republic.

Both teams to score in Dinamo Zagreb v Tottenham

There were contrasting emotions in north London after Arsenal's 2-1 success over Tottenham but both clubs should fare well in the Europa League with the Gunners set to see off Olympiakos and Spurs capable of scoring a crucial away goal against Dinamo Zagreb.

Villarreal should sail through to the quarter-finals with a second victory over Dynamo Kiev while Rangers and Slavia Prague are both likely to adopt a positive approach following a 1-1 first-leg draw in the Czech capital. Over 2.5 goals looks a bet at Ibrox.

The accumulator pays almost 7-1 with bet365.

Click here to add our accumulator to your bet365 betslip

Arsenal should have a spring in their step after defeating Tottenham at the weekend and can stay on the scoring trail against Olympiakos although a suspect defence could allow the Greeks to grab a consolation goal.

Best bet
Both teams to score

The Europa League is even more important to Tottenham after their 2-1 loss to Arsenal in the north London derby and they have sufficient offensive strength to score in both halves against the Croatian champions.

Best bet
Tottenham to score in both halves

Milan's Serie A title challenge was severely dented by a 1-0 loss at home to Napoli on Sunday and their Europa League involvement could be brought to an end by Manchester United, who have been stronger on their travels than at home for much of the campaign.

There was plenty of respect shown between Slavia Prague and Rangers in last Thursday's 1-1 draw in the Czech capital but the tie could open up in Glasgow with both teams set to play positively in pursuit of a place in the quarter-finals.

Unai Emery won the Europa League three times with Sevilla and can keep Villarreal on the road to Gdansk by steering them to victory over Ukrainian league leaders Dynamo Kiev, who trail 2-0 after the first leg at El Madrigal.

Pierre-Emerick Aubameyang featured just once during the Europa League group stage but has started all three games in the knockout rounds (scoring twice) and can grab the opener against Olympiakos, who are likely to leave plenty of space in behind as they strive to recover from a 3-1 deficit.

Both teams have scored in seven of Arsenal's last eight games.

FIRST PUBLISHED 10:20AM, MAR 18 2021
Arsenal should have a spring in their step after defeating Tottenham at the weekend and can stay on the scoring trail