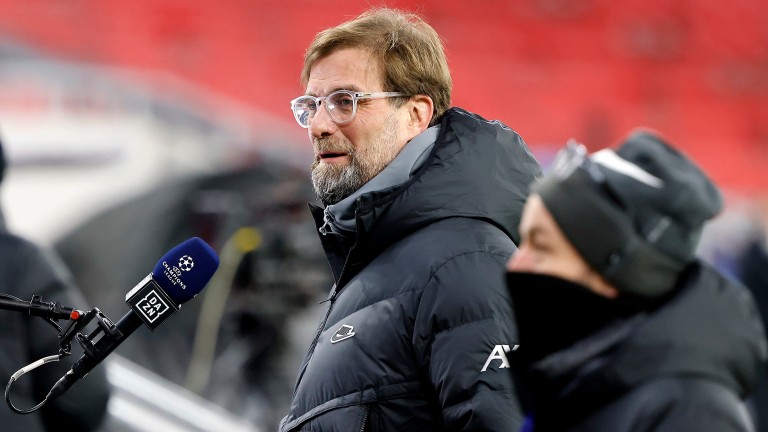 It's a big night in the Premier League with Chelsea and Liverpool eager to boost their top-four prospects with a win at Anfield, while West Brom are desperate for points as they host Everton at The Hawthorns.

Bets to be placed by 6pm

Carlo Ancelotti's Everton have a Champions League place in their sights and should get the better of strugglers West Brom, while Parma are unlikely to put up much resistance against Serie A challengers Inter.

The Copa del Rey clash between Levante and Athletic Bilbao looks set to be a cagey affair, while Liverpool's poor recent home record leaves them vulnerable against Chelsea.

The acca pays just under 13-1 with Hills.

West Brom have won just three times in the Premier League this season and are set to struggle against Everton, who have won six of their last eight away league games.

Fulham are making a real fight of staying up and performed well a few weeks ago when they earned a 1-1 draw at Tottenham. Spurs were excellent against Burnley on Sunday but are still struggling with inconsistency.

West Brom have conceded ten goals more at home than any other Premier League team and rode their luck in beating Brighton on Sunday. They could get a reality check against the top-four chasing Toffees.

Four successive home defeats have left Liverpool toiling to even get in next season's Champions League and they could suffer another setback against the Blues, who are unbeaten in their nine games under new boss Thomas Tuchel.

Best card bet of the day

Pierre-Emile Hojbjerg is having an excellent first season at Tottenham but the combative midfielder tends to walk a disciplinary tightrope. With eight bookings for Spurs and two for Denmark this season, he may not hold back against the struggling Cottagers.

Best bet
Pierre-Emile Hojbjerg to be shown a card