Ben McDermott can pose a threat at the crease for Hobart 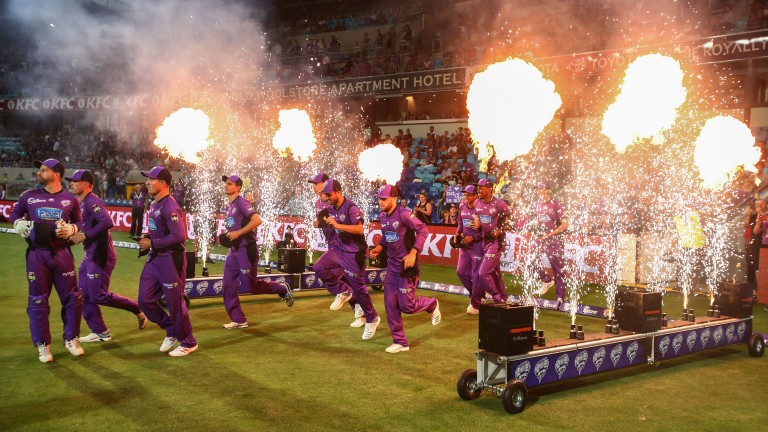 League leaders Hobart Hurricanes have lit up the Big Bash this season
Scott Barbour
1 of 1
By James Milton 1:33PM, FEB 9 2019

Brisbane Heat's ten-wicket romp against Melbourne Stars on Friday kept alive the Thunder's slim chances of making the playoffs and they have Australia internationals Usman Khawaja, Pat Cummins and Kurtis Patterson available for this game.

Openers D'Arcy Short and Matthew Wade have been outstanding for Hobart this season but the leaders may shuffle their batting order to give opportunities to some other batsmen before the semi-finals.

Ben McDermott has rarely disappointed when called upon, scoring 39 not out, 18, 41, 16, 27 not out and 50 in his last five innings, and he could be a touch of value in the top-runscorer betting.

The sides have won just nine of their combined 26 matches this term and the Strikers are slight favourites to condemn the Scorchers to the wooden spoon.

Perth have won three of the last five editions of the Bash but never got going this season despite the best efforts of Ashton Turner, who has scored 378 runs in 13 innings.

Turner's Bash form has earned him an Australia call-up and, after a lean run of scores, he hit 69 off 43 balls in the win over Melbourne Stars last time out.