Thunder man could be a cracking bet

Brathwaite is a superstar 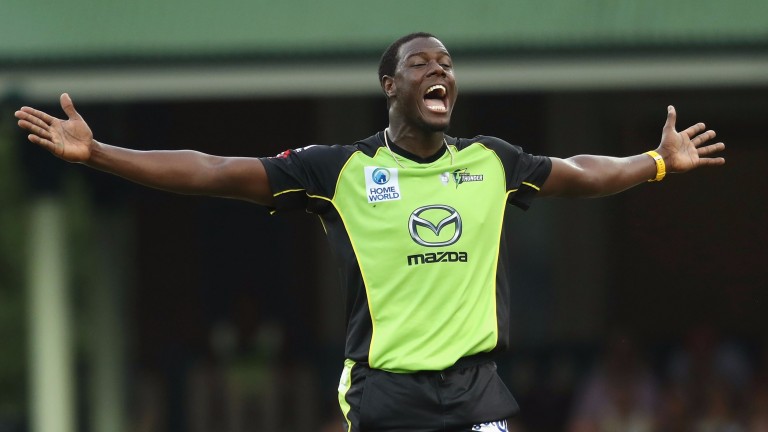 Adelaide Strikers' defeat to Melbourne Renegades means the Big Bash’s bottom side cannot make the semi-finals and they have drifted in the betting for Wednesday's game against Sydney Thunder.

The Thunder kept alive their slim chances of a playoff spot with a crushing Sydney derby victory over the Sixers last time out.

Brathwaite claimed 3-21, taking his wickets tally to five in two matches since he replaced the injured Andre Russell as one of the Thunder’s overseas stars.

He hasn’t yet shown off his batting power at the Bash but he famously hit Ben Stokes for four consecutive sixes to win last year’s World Twenty20 final and is likely to bat at number five so Coral’s 16-1 that he is named man of the match looks a tasty price.

Table-topping Melbourne Stars are 8-15 to win their clash with Brisbane Heat.