Three Things To Look Out For This Weekend 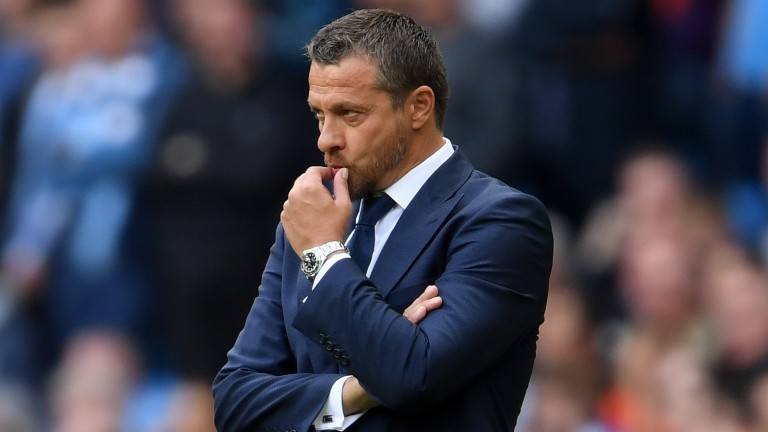 Jokanovic crying out for some Cherries aid

Bournemouth at home and Huddersfield away doesn't sound like the most daunting of double-headers – unless of course your future depends on not losing either of those games.

The word is that Fulham boss Slavisa Jokanovic has those two matches to save his job, starting with the visit of the Cherries to Craven Cottage.

It’s incredible to think that Jokanovic, who won plaudits galore for getting Fulham promoted to the Premier League in some style, is under so much pressure after just nine matches.

The Serb was 40-1 to be the next manager out a month ago but after conceding 12 goals in three games against Everton, Arsenal and, unforgivably, Cardiff, he’s now joint-favourite with Jose Mourinho in some books.

Fourteen years after being hounded out of Holland following an attack by Ajax pitch invaders when playing for boyhood club Feyenoord in a reserve match, Robin van Persie returns to the Johan Cruyff Arena for the latest instalment of De Klassieker on Sunday.

Van Persie’s European journey has gone full circle and the 35-year-old will get the treatment from Ajax fans in a match which spits with tension and hostility.

Amsterdam and Rotterdam loathe each other as cities and Ajax and Feyenoord is a rivalry which mirrors that hatred. Where there is common ground is in knowing neither can slip up if they want to keep tabs on Eredivisie leaders PSV.

Ajax are long odds-on having done the double over Feyenoord last season, not lost to them in the league since 2012 and not been beaten at home by their Rotterdam foes since 2005.

Six of the top 11 in Sky Bet League One have got Premier League pedigree. Accrington Stanley are not one of those.

At the start of this season Stanley were 5-4 to go down and 40-1 to go up and yet a third of the way through the season John Coleman’s unheralded side are fourth in the table and not looking out of place.

Every time a test has come along, the pre-season 150-1 shots have passed it. They drew against Charlton and Burton, beat Doncaster 1-0 and trumped that by winning 1-0 at Peterborough.

Last week, for the first time, the walls came down as they crashed 4-1 at Luton, the team they pipped for League Two glory last term.

How they react to that loss will tell us plenty about Stanley’s character and it is a tough test as they welcome leaders Portsmouth to the Wham Stadium on Saturday.