Three things to look forward to this weekend 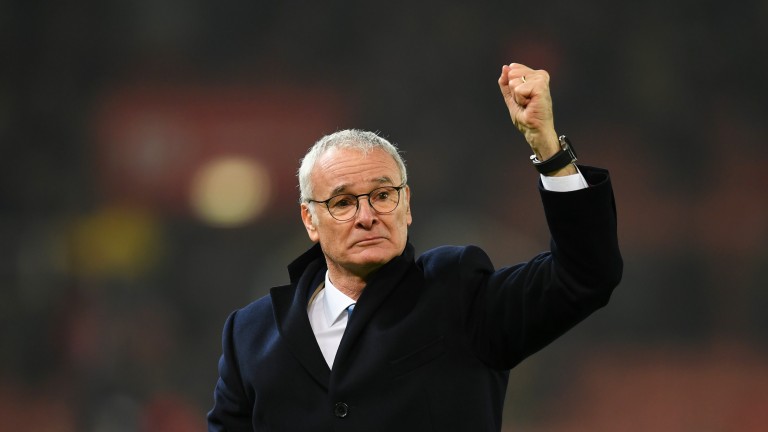 1 The return of the Tinkerman

The man responsible for the Premier League’s greatest fantasy drama returns to centre stage, where he can be assured of a hero’s reception.

Claudio Ranieri, the mastermind behind Leicester’s incredible 5,000-1 title triumph, takes his next curtain call at Craven Cottage, where Fulham host Southampton and where home fans will be praying the Italian hasn’t lost his magic touch.

Bookmakers, a less romantic lot, aren’t buying into another fairy tale, however, and have barely tinkered with Fulham’s relegation odds since Ranieri was summoned. They are still 4-6 to go down.

One man who will be absolutely desperate to rain on Ranieri’s parade is Southampton boss Mark Hughes, who by virtue of Slavisa Jokanovic’s exit, is the new favourite to be the next top-flight manager out of his job. A ninth successive league game without a win could well spell the end for Sparky.

2 A fifth-tier classic at the Racecourse

Wrexham have spent a decade out of the Football League but are making a decent fist of trying to get back there.

The Dragons made it 11 matches unbeaten with a 1-1 draw at Maidstone at the weekend although it was a result which did see them knocked off the top of the National League by another ex-league outfit Leyton Orient, whose own fine start continued with a 3-1 win against Bromley.

Which means there’s plenty on the line when these two high-flyers clash at the Racecourse Ground in a fixture which could well see over 5,000 paying punters go through the turnstiles.

The game itself is a fascinating one though the build-up to it has been dominated by speculation over the fate of both managers. Wrexham’s Sam Ricketts has been linked with a move to Shrewsbury while the London side's boss Justin Edinburgh is apparently on AFC Wimbledon’s shortlist.

3 A difficult Roman conquest for Milan

Lazio and Milan are virtually inseparable in top-four betting in Serie A which adds extra piquancy to their dust-up in Rome this weekend.

Lazio are still scarred by last season’s last-day defeat by Inter which cost them a Champions League place, so they won’t fancy being embroiled in another two-horse race with the other Milan club for European qualification.

Luckily for them, this fixture appears to come at the perfect time as Milan are in the midst of a colossal injury crisis.

Mattia Caldara, Lucas Biglia, Giacomo Bonaventura, Mateo Musacchio and Ivan Strinic are all out and coach Gennaro Gattuso has then seen Hakan Calhanoglu and Alessio Romagnoli pick up knocks on international duty.

With top scorer Gonzalo Higuain suspended and others limping, Gattuso could be without 11 players on Sunday. Lazio at 5-6 anybody?