Black Caps long odds-on for clean sweep against the Tigers 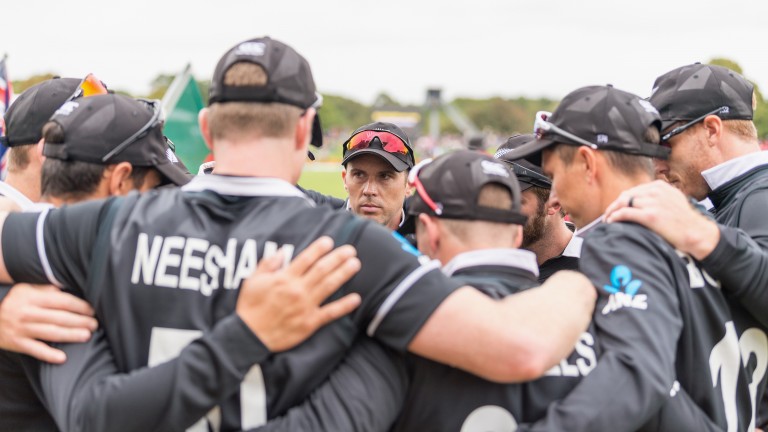 Martin Guptill's second century in as many matches helped New Zealand seal a series victory over Bangladesh and the Black Caps are long odds-on to complete a clean sweep in the third ODI in Dunedin.

Kane Williamson’s men eased to a pair of eight-wicket victories in Napier and Christchurch and will be looking to add to an unbeaten record at the University Oval.

They trounced Pakistan by 183 runs at this venue last January before Ross Taylor’s brilliant unbeaten 181 inspired the hosts to victory over England with three balls to spare in March.

It’s hard to see past the Black Caps. Their bowling attack limited the touring Tigers to 232 and 226 in the first two matches and a stellar top order had little difficulty in knocking off the runs on each occasion.

Guptill scored just 47 runs in four ODIs in the recent series loss at home to India but the opener has put that behind him with two brutal knocks and he is a tempting wager in the top New Zealand runscorer market at 9-4.

The best bet could be to expect another smooth success for the hosts and they can be backed on bet365’s match handicap to win the match for the loss of less than four wickets or by more than 46.5 runs.