May has just placed an almighty bet with election call

Our political betting expert explores all the best angles 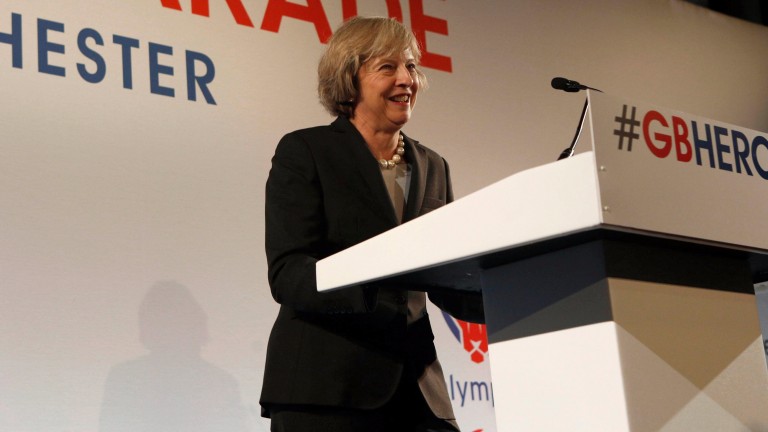 Blimey! Who would have thought that behind that stolid exterior, there beats a gambler’s heart? And make no mistake, Theresa May has just placed an almighty bet: one that marks her out as not just any old punter but one that might be a lovechild spawned by, say, Barney Curley and Dorothy Paget.

To achieve her aims politically, she has to do more than just win the election she called for June 8: she has to win big, in a manner the Tories have not done in 30 years. She has to get a large enough majority to silence both her political opponents, on all sides of the Brexit argument, and her internal enemies, of whom there are many.

The Conservatives’ notional majority at the last election was ten; if she can’t make that more than at least 30 or 40, this exercise will seem like a waste of time.

Who was the last politician to stake his career on an unnecessary vote in order to secure narrow political advantage? David Cameron, who just ten months ago bet the country on the Brexit referendum and lost. Who was the last prime minister to call an election, asking “Who governs Britain?” Ted Heath, in the midst of the 1974 miners’ strike. He was toast too.

I’m not complaining. The political punting community adores elections. But the British, on the whole, do not. They also dislike politicians who blatantly lie to them again and again. May has told us continually there would be no election before 2020. Nothing substantive has changed. All that has changed are her calculations.

It will be astonishing if the Tories are not returned as the largest party (1-12 widely available). It will be a major surprise if they do not get an overall majority (2-9 with Hills). May will surely still be PM after the vote (1-10 generally).

She starts with huge advantages. Labour are in total disarray with an incompetent leader, regarded with contempt by almost all his MPs and – what is less well known – an incompetent organisation that could not organise a piss-up in a brewery. UKIP are stuck with a leader known to the public only as a fantasist. The Lib Dems were reduced to rubble in the last election two years ago.

And first indications showed that voters actually supported her decision to call the election: about 3-1 according to an instant poll. But then the pollsters have had two successive catastrophes: the 2015 election and the Brexit referendum. And in any case what does the latest one prove? Those who hate the Tories most by definition want the chance to get shot of them.

And the election is not just going to be about Brexit. It is going to be a long campaign: more than seven weeks. If she wants a mandate, she will have to come up with credible policies on every kind of issue: failing hospitals, crumbling schools, a lack of pay rises, the excesses of capitalism. And the bloody potholes outside my front gate. The Tories can’t blame all this on Labour again.

An election builds its own head of steam. And, having just smashed the ball over the boundary, May will not be able to emulate her favourite sportsman, Geoffrey Boycott, by spending the next seven weeks stonewalling robotically in the manner that has become her trademark.

Until yesterday morning, serious analysts suggesting that the best way of generating a risk-free dividend in a low-interest world was lumping on 2020 as the next election date. Life is uncertain. And politics, these days, is very uncertain indeed.

So the best advice for this election is avoid alleged certainties. There are going to be a great many bumps in the road (and potholes).

There will be known unknowns. What happens next to George Osborne – is he really going to face the electors of Cheshire as editor of the London Evening Standard? Will the dirt start really flying about the Conservatives’ expenses fiddling in 2015? Or will that so far little-noticed scandalette start to taint other parties too?

What will happen to the Ukip vote now May carries the torch for hardish Brexit? Might old Labour voters go home instead? Could the Tories, under their skilful Scottish leader, Ruth Davidson, actually make gains there? Given that all four main UK-wide party leaders are novices, which one might actually surprise us?

And there will be unknown unknowns too.

One thing does look something close to a real cert. The Lib Dems cannot do as badly as they did in 2015. Yes, the Brexiteers won the referendum, and there is no sign yet of significant second thoughts. But that still leaves the dispossessed 48 per cent Remainers, concentrated on the middle-class and studenty areas of the big cities. No one else will be fighting for them. That gives them a substantial chance of making gains from both big parties in constituencies where they have done well in the past.

At one point yesterday Paddy Power was going 5-6 each of two for the Lib Dems to be above or below 18.5 seats. That later went up to 25.5 which is still a fair bet.

And, very speculatively and positionally, it might be worth be having a small punt at 5-1 or thereabouts on a hung parliament, perhaps combined with a saver on May winning big. She has decided to trust the British people, which – as Sir Humphrey used to say – was “Very bold, Prime Minister”. And bold punters deserve rewards.