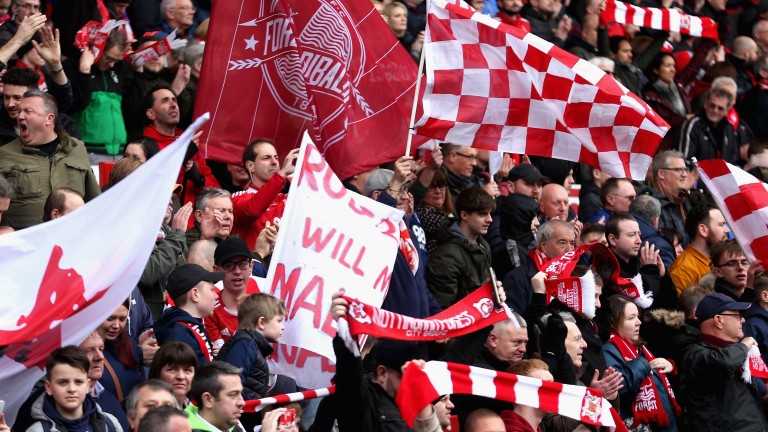 Two types of Football League teams have proved profitable ante-post. It could pay to make your selections from them this season.

The first type of team are those who did well, though not necessarily spectacularly, in the same division the season before.

In ante-post markets, relegated teams always seem popular. To borrow a phrase from horse racing, they have dropped in class. Why? They have dropped to a lower class because they were not good enough for the higher class.

Suppose that over the last 18 seasons you had backed every promoted team to win a lower division. You would have lost 34 per cent of your stakes.

Suppose that instead you had backed every promoted team to win a higher division. You would have lost six per cent of your stakes – a lot less, but you would still have lost.

So what of the survivors, as we may call them, teams who were neither relegated nor promoted but still playing in the same division?

The lower a team finished in a division one season the less likely they were to win promotion in top spot the next season. In fact, the worst seven or eight survivors had a terribly poor success rate and anyone who backed them all would have lost a scarcely believable sum.

The survivors who were profitable to follow were the better ones – those who finished the previous season between third and 13th in the Championship and League One or between fourth and 14th in League Two. If you had backed all of them you would have made a profit on your stakes of four per cent.

Perhaps not as much changes between seasons as many bettors think, and as all bookmakers are happy for them to think.

The second type of team who proved profitable ante-post are those whose odds were not too hot or too cold but in between. A bit like the porridge that Goldilocks ate.

The profitable teams were the other ones. If you had backed every team priced between 8-1 and 25-1 you would have made a profit on your stakes of 21 per cent.

Why? Here is one possible explanation. Pretend you are a football odds compiler. Before every season you will know the teams that bettors will be falling over themselves to back. Maybe some clubs have been splashing the cash.

What do you do? You do not take any chances. You give those teams a much shorter price than you think they should be given. When the season is over you do not want to have to explain to your boss why you lost too much of the firm’s money on the most foreseeable of ante-post punts.

And what about the long shots, the teams you think of as almost no-hopers? Well, you do not take any chances with them either. At those prices, just a few flutters can saddle you with a big liability. So you give those teams much worse prices than you think they should be given as well.

Now let us put those two types of teams together. What would have happened if you had backed all of the better survivors who were available at a Goldilocks’ porridge price of between 8-1 and 25-1? Your profit on turnover would have been 36 per cent.