The time looks right to take on the bigger names

Lesser lights could be set to shine 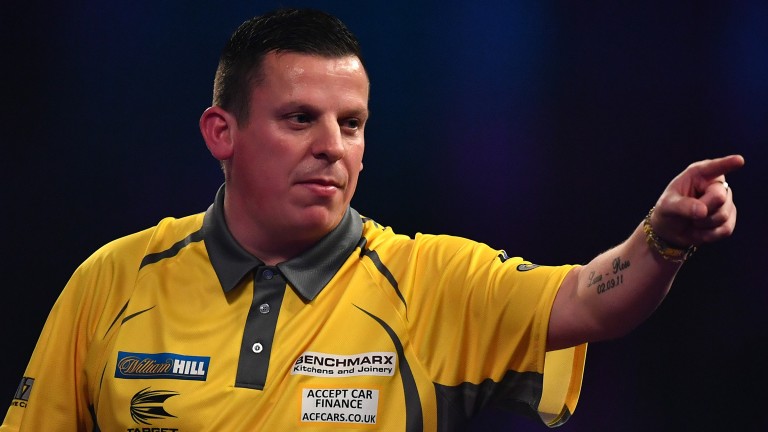 Another year, another tournament, another opportunity for Michael van Gerwen to confirm that he’s on a different darting planet to anyone else who chucks tungsten.

Mighty Mike, fresh from demolishing the field at the William Hill World Championship, is 4-7 to continue his extraordinary winning streak by landing the spoils at the Unibet Masters in Milton Keynes.

Ordinarily you wouldn’t think of betting against a player who won 25 titles in 2016, has already pocketed the big one this year and hasn’t lost a competitive game of arrers since mid-October.

The price, though, is short enough considering all the top boys have been taking it easy since Alexandra Palace, though it doesn’t mean the Green Machine won’t stroll to glory on Sunday night.

Even if you decide Van Gerwen isn’t worth taking on – he should see off Simon Whitlock with the minimum of fuss in his opener – a few of the other established stars are.

Second seed Gary Anderson, for example, has enjoyed a good break after reaching the final at the Palace, just as he did after winning the worlds 12 months ago. This time last year the Scot was rustiness itself as he crashed to Vincent van der Voort in round one, a defeat that would have been unthinkable at any other time of the year.

Because of all that, the gaps between the best and the rest might narrow this weekend and a trio of quarter bets look worth having a go at.

Winning a quarter means winning two matches and we just need one of these to cop for a profit.

Two of the three – Kim Huybrechts and Michael Smith – went to the worlds with little in their favour but actually played well.

They are truly gifted arrowsmiths who are in danger of being branded wasters and 2017 should be the year to set records straight.

They’ve certainly got the talent, as does Dave Chisnall, whose 180 hitting at Alexandra Palace was stunning and a big title for the newly-married ace has to be around the corner.

Chizzy can upset the odds

World quarter-finalist Dave Chisnall finished 2016 in some style and can carry on his good form by seeing off Raymond van Barneveld in round one of the Unibet Masters tonight.

The bookies make Barney the slight favourite even though the loveable Dutchman sounded like a man who was about to throw in the towel after losing to Michael van Gerwen at the worlds.

It’s doubtful either man will be at the top of their games – Chizzy has just got married while Van Barneveld has downed his tools for a few weeks – but the Englishman’s big hitting means he’ll be hard to break.

That power scoring is also what should keep Michael Smith competitive against Phil Taylor, another big name whose preparations for this tournament have been fairly low-key.

Smith is worth a poke to beat The Power but at the very least he can win enough legs on his own throw to be able to win the handicap.

The same is true of Ian White, beaten 10-7 by Peter Wright at this stage 12 months ago, and ready to do give Snakebite a decent run again.

Matches are best-of-19 legs and are being screened on ITV4.